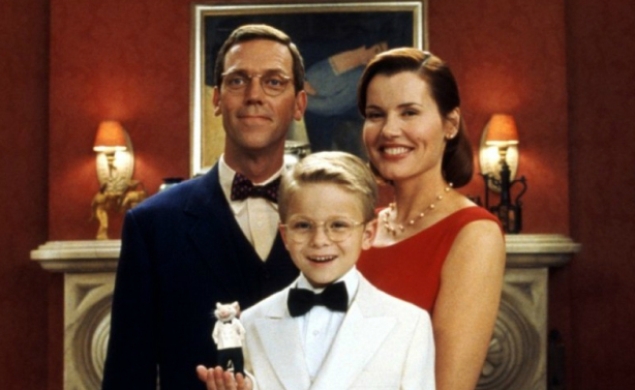 To be filed under “stranger than fiction”: The 1999 film adaptation of of E.B. White’s classic children’s novel Stuart Little didn’t exactly qualify as high art. Michael J. Fox gave a voice to the computer-generated anthropomorphic rodent in the Hugh Laurie/Geena Davis-led film, but a new development has added a strange bit of trivia to Stuart Little.

In the background of a scene in the film, an astonishingly sharp-eyed art historian spied a familiar painting. The work in question is “Sleeping Lady With Black Vase,” a painting once thought to have been lost. One of Hungarian master Róbert Berény’s later works, the painting had been purchased for $500 as a set decoration for the film by an assistant set designer, and then later sold to a private collector. Now that the painting’s full value has become known, the collector has decided to put it back up for auction in Budapest.

I suppose that’s the rewarding thing about watching and rewatching a movie: You notice something new every time. Sometimes it’s an established actor playing a pre-fame bit part, sometimes it’s a priceless painting that’s been lost for decades.

Below, take a look at ABC’s coverage of the odd story: