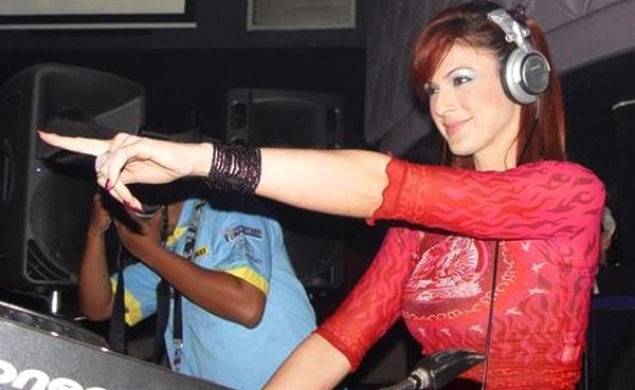 I am, technically, a young person. Those shrill articles capitalizing on the nostalgia of yesterdecade claim me as their target audience. Mine is the generation responsible for the noisy, vulgar trend of EDM, a subset of electronic music popularized by the likes of Skrillex and David Guetta, and characterized by its loudness, simplicity, and oddly attired fanbase. For those readers under the age of 28 searching for a brief primer on this bizarre subculture, the trailer for EDM documentary Under The Electric Sky will explain everything, and nothing.

All of this is to say that perhaps I have a small bias when I declare that the following announcement from Warner Bros. is my favorite logline of the year, and perhaps ever. With life rights secured, Deadline reports that WB has begun production on a new film based on the experiences of DJ Tatiana, an EDM disc jockey who got her start in the guise of a man called DJ Musikillz. So, to be clear, what we’ve got here is “Think Tootsie, but gender-flipped, and also there will be bass drops.”

Tatiana met with her fair share of trouble when she was first trying to break into the notoriously insular DJ industry. She found it to be something of a boys’ club, and supposed that perhaps she could meet with greater success if she masqueraded as a male DJ. (Musikillz is so clearly a male DJ name.) As s/he gained traction in the woolly, weird world of EDM, Tatiana gradually shed her alter ego and began performing sets as herself. Now, her story will be told by the folks at Phoenix Pictures. Tatiana has also signed on to act as music supervisor for the film, ensuring that all dubs are properly stepped.

It’s not clear what tone this new film will take, but god willing, it’ll mimic the humor and madcap antics of Tootsie and Mrs. Doubtfire. Honestly, a lot of the whole EDM situation seems like a surreal comedy already. But the scene’s gender dynamic is wildly imbalanced, and even when female DJs get behind the decks, they’re often expected to dress in a scantily clad manner. This film could be a fine opportunity for a serious examination of the thorny gender politics at play in the DJ business. This film could also be a fine opportunity to get your furry leg warmers out of mothballs and give your friendly neighborhood drug dealer a call.