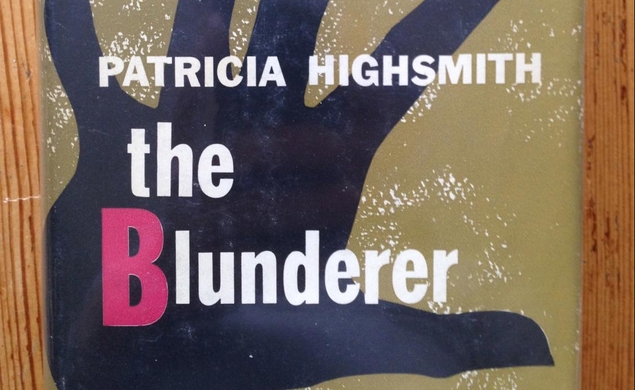 In 1951, Patricia Highsmith wrote Strangers On A Train, which Alfred Hitchcock would adapt into a fabulously successful big-screen thriller with Farley Granger and Robert Walker. In 1955, Highsmith wrote The Talented Mr. Ripley, which marked another step in Matt Damon’s ascent to household-name notoriety when Anthony Minghella spun it into five Oscar nominations. Between those two novels, Highsmith penned another called The Blunderer, about a milquetoast lawyer named Walter Stackhouse who sets off a series of unfortunate goofs when he tries to clear his name after his wife is found murdered. It’s surprising that the film industry took so long to completely mine Highsmith’s literary gold for big-screen fodder, but now they’ve done it. Variety reports that a currently untitled adaptation of The Blunderer will hilariously stumble into theaters with Patrick Wilson and Jessica Biel starring.

Though few details about the film have been definitively confirmed—we can only assume that Wilson and Biel will play Stackhouse and his wife Clara, respectively—Variety also notes that Eddie Marsan of TV’s Ray Donovan and Haley Bennett (known by this writer predominantly for her performance as the best friend who has sex with an emotionally needy witch in Gregg Araki’s slice-of-insanity Kaboom) will co-star.

Though the plan-gone-comically-awry conceit smacks of the Coen brothers, TV stalwart Andy Goddard will direct. The creative forces behind The Blunderer have already begun principal photography, with a Cincinnati news outlet reporting that production will wrap on December 21.

With no release date set, only time will tell whether this project will meet with the success of other Highsmith adaptation. For either eventuality, here’s a headline: “Blunderer Blunders Under Underfunded Dunderhead” or “Wonderful Blunderer Lots of Fun-derer!”