Our next Movie Of The Week (and the last of 2014):Gremlins 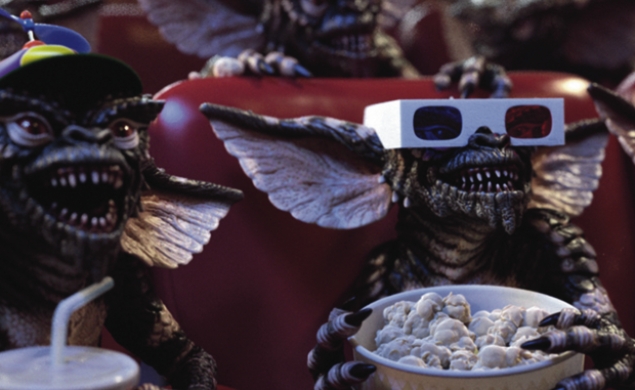 First, a scheduling note: Movie Of The Week will be taking a short break while we deal with year-end madness here at The Dissolve. Just keeping up with the glut of year-end releases as we prep our best-of-the-year lists is movie enough for us. We’ll also, alongside the rest of Pitchfork Media, be taking a two-week publishing hiatus from December 20 through January 4. We’ll keep publishing new reviews during that period, but otherwise we’ll be enjoy a long winters’ nap, metaphorically speaking. The Dissolve will then return January 5, and Movie Of The Week will return with it. In fact, we’ve got a special surprise in store sure to delight fans of gritty ’70s crime films and a popular New York-based podcast dedicated to bad movies.

But before we go, we’ve got one more movie up our collective Santa-suit sleeves: Joe Dante’s Christmas-themed 1984 horror comedy Gremlins. Produced by Steven Spielberg and written by future Home Alone and Harry Potter director Chris Columbus, it’s the movie that starts as the story of a still-lives-at-home twentysomething bank clerk (Zach Galligan) who receives an adorable little fuzzy creature as a Christmas gift from his father. It ends in chaos, with a bunch of malevolent beasties loose in a Hollywood backlot version of an all-American town. It’s scary. It’s funny. It inspired a breakfast cereal that tasted suspiciously like Cap’n Crunch and a hilariously awful Roger Corman rip-off. And we can’t think of a better way to wind out our Movie Of The Week year.