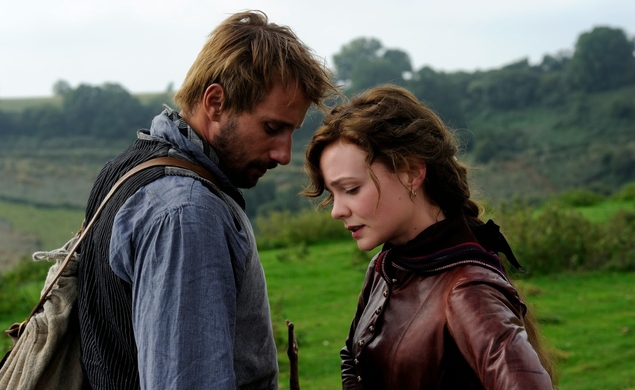 Thomas Vinterberg first rose to international prominence as one of the undersigned parties on the Dogme 95 manifesto, a vow dictating specific parameters under which Danish filmmakers could create a less artificial, purer sort of movie. Along with Lars Von Trier, Søren Kragh-Jacobsen, and Kristian Levring, Vinterberg was sort of like one of the Power Rangers, except with rigid aesthetic discipline instead of giant fighting robots. Vinterberg’s time with the Dogme 95 gang saw him direct The Celebration, a film whose terrible power remains the most ringing endorsement of the movement. Vinterberg sustained that searing emotional force throughout his work in the decade and a half since he renounced the Dogme’s Vows of Chastity and returned to less experimental fare. Last year’s The Hunt earned Vinterberg a nomination for the Best Foreign Film Academy Award and granted Mads Mikkelsen an acting showcase in his native tongue, far removed from the urbane sophistication of his performance on television’s Hannibal.

Far From The Madding Crowd trades the gruesome subject matter of The Celebration and The Hunt for Thomas Hardy chamber drama, but keeps the sense of overwhelming emotionality. Film geeks assumed Vinterberg’s newest would make the rounds as fall festival season got rolling, but to no avail. The next best thing would be a showing at Cannes next year, before a May 1 release date. That’s a long winter away from now, so let’s savor the trailer below until this cold Earth may thaw:

Historically, Vinterberg’s Danish pictures have met with a warmer reception than his forays into the English language. Though It’s All About Love and Dear Wendy took their fair share of few critical punches, the trailer above raises hopes that Far From The Madding Crowd might break that cold streak. The period setting and forbidden-love premise both mark this one as a true-blue weepie, but it looks like the director has more to offer than run-of-the-mill melodrama. Crowd reunites Vinterberg with his Hunt cinematographer Charlotte Bruus Christensen, who here renders 19th-century England with ravishingly lush color and texture, teasing out the sensuousness from elements as slight as light and fog.

Vinterberg’s has been a wobbly career, his considerable talents seemingly present only in every other project. If The Hunt was the prototypical Good Vinterberg, that means Crowd is due to pull the seesaw in the other direction. But with Christensen’s dynamic visuals and what looks to be an expectedly strong performance from Mulligan, the director could finally shake his one-for-me, one-for-nobody pattern.