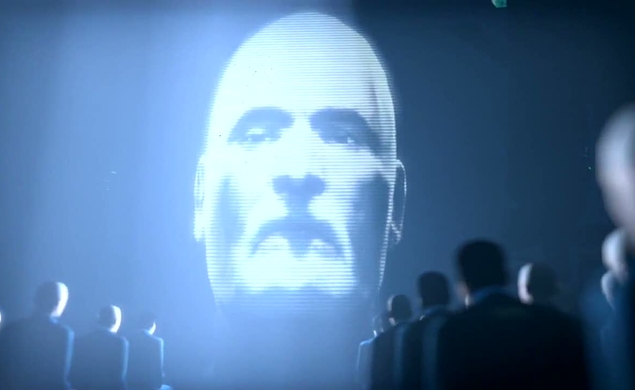 Alongside such entertainments as Billy Wilder’s Ace In The Hole and Mike Judge’s Idiocracy, George Orwell’s dystopian novel Nineteen Eighty-Four makes up the Prescient Squad, an elite cadre of pop-culture works that cannot be written about without using the word “prescient.”

In accordance with that: Orwell’s Nineteen Eighty-Four grows more chillingly prescient with every passing year. What with all the drone strikes, closed-circuit surveillance cameras, and email hacks, one could be forgiven for assuming that the forces of evil in the world have been taking pages out of Orwell’s book by the fistful. But even as life sinks lower for the good people of Earth, there’s never been a better time to revisit Orwell’s prophecy.

The most major adaptation of Nineteen Eighty-Four, Michael Radford’s film, entered cinemas in 1984, appropriately. Though it drew mixed reviews (the Rotten Tomatoes score currently sits at a respectable 79 percent), the film has proven influential. Ridley Scott aped one of the film’s most memorable scenes for an early Apple advertisement, considered one of the rare instances of thoughtful artistry growing through the soulless, daisy-choking cement of the advertising industry.

But now, Deadline reports that Paul Greengrass will take up the good fight against Big Brother with a new cinematic adaptation of the original novel. Sony Pictures has tapped English playwright James Graham to draw up a script for the project, with high-power producer Scott Rudin overseeing the endeavor. Graham comes as something of an unlikely choice, with a background predominantly comprising stage productions, but at the same time, it makes eminent sense to go with a Brit.

Greengrass wasn’t anyone’s first guess to take on Nineteen Eighty-Four, either. The director’s name has become synonymous with taut, politically hued thrillers, and while Orwell’s novel abounds in the unbearable tension that Greengrass does so well, it lacks a certain kinetic feeling that’s marked the director’s work.

Nineteen Eighty-Four follows a handful of other announcements regarding future projects from Greengrass: He had reportedly signed on to direct an Al Qaeda double-agent thriller, Leonardo DiCaprio’s picture about Richard Jewell, a Berlin Wall action-drama, and the latest installment of the Bourne franchsie (tentatively titled The ReBournening: Bourne’s Back within the confines of our fevered imaginations). That’s an awfully full plate; perhaps Greengrass’ mother was well-acquainted with a shark, and if the director ever stops shooting, he’ll die.