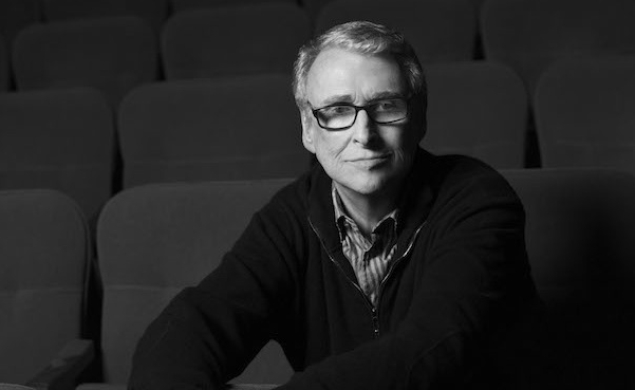 As confirmed by ABC News, Mike Nichols, award-winning director of stage and screen, has died. Nichols reportedly died “suddenly” on Wednesday. He was 83.

Nichols’ life began in suitably dramatic fashion. Born Mikhail Igor Peschkowsky in Berlin in 1931, the son of a Russian Jewish father and a German Jewish mother, he was distantly related to Albert Einstein. In 1938, six-year-old Michael and his three-year-old brother Robert were sent to America in an attempt to avoid the Nazis, who had begun arresting Jews in Berlin. They joined his father, who had left the country previously, and were eventually reunited with his mother in 1940. When the fractured Peschkowsky family first moved to New York City in 1939, his father changed their last name to “Nichols,” an Americanized version of his Russian patronymic “Nikolaevich.”

Nichols loved his new city, graduating from the celebrated Walden School before trying his hand at New York University. He eventually transferred to the University of Chicago, where his affection for the theater blossomed into a course of study. Nichols both performed in and directed plays during his run in Chicago, before dropping out to return home to New York City to study at the Actors Studio, just three years after Lee Strasberg, “the father of Method acting in America,” became director of the lauded organization.

In 1955, Nichols returned to Chicago to perform alongside his old friend Elaine May, and the comedy duo of Nichols and May went on to win a Grammy in 1962. Despite an up and down relationship, the pair remained lifelong friends and professional collaborators.

After splitting with May, Nichols’ attentions moved towards directing. In 1963, he directed a blockbuster run of Neil Simon’s Barefoot In The Park, an experience that made it clear to Nichols that his heart was firmly in the directing game. He won his first Tony for the play, eventually going on to win eight total. Other theatrical highlights included a 1965 run of The Odd Couple, starring Walter Matthau and Art Carney.

In 1966, Nichols made his move to the big screen, directing a cinematic version of Edward Albee’s Who’s Afraid Of Virginal Woolf? Nichols again returned to the stage post-Virginia, firmly setting the pattern of his professional life. In 1967, he directed The Graduate, the highest-grossing film of the year, and won that earned him an Oscar for Best Director. Nichols’ uniquely acerbic view of the world and finely tuned humor were on full display in the feature, and it remains perhaps the best example of his film work.

In the seventies, Nichols again effectively juggled both the stage and screen, directing Carnal Knowledge, a big screen take on Catch-22, and the science fiction thriller The Day Of The Dolphin (amongst others) and theatrical versions of Streamers and Comedians. Nichols also tapped into a new medium: Television, coming on board as an executive producer for the ABC series Family.

He opened the eighties with Gilda Live, a documentary and filmed performance of Gilda Radner’s one-woman show. His theatrical career slowed down afterwards, but his big screen works began to rise in both drama and intensity, including films like Silkwood, which earned him another Oscar nomination for Best Director. In 1988, he released Working Girl, one of his most successful features of its time, earning $103 million in box office returns.

The nineties were marked with a wide range of features, from the deeply funny The Birdcage to the deeply weird Wolf. By the aughts, Nichols was again invested in television, particularly as it combined both stage and screen, winning Emmys for his takes on both Wit and Angels In America. In the teens, he was back on Broadway, winning a Tony for his Death Of A Salesman revival and directing Daniel Craig and Rachel Weisz in Betrayal. Up until his death, Nichols was still working, again planning to work with HBO for a small screen adaption of Master Class, a play about Maria Callas.

Nichols was one of only 12 people to earn the coveted “EGOT” in competitive categories—an Emmy, a Grammy, an Oscar, and a Tony—placing him amongst the likes of Audrey Hepburn, Marvin Hamlisch, and Mel Brooks. In fact, Nichols earned far more than an EGOT, as the director was the recipient of one Grammy, eight Tony Awards, one BAFTA, one Oscar, one Golden Globe, three Drama Desk Awards, and four Emmys. He was honored by the Film Society of Lincoln Center in 1999, was given the AFI Lifetime Achievement Award in 2010, and was awarded a Kennedy Center Honor in 2003.

He was one of our finest, funniest, and most talented directors.

Nichols is survived by his wife Diane Sawyer; his children Daisy, Max, and Jenny; and four grandchildren.