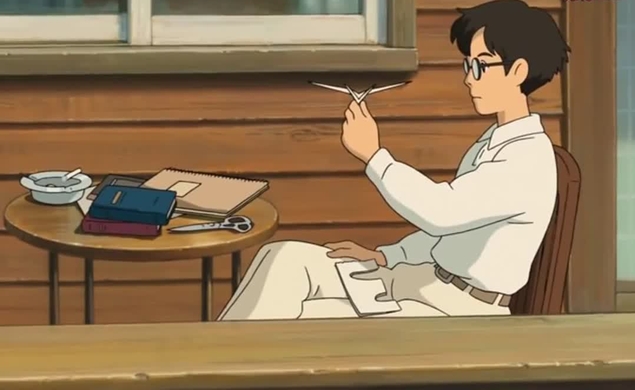 Studio Ghibli president Koji Hoshino caused a stir when he announced last Sunday that legendary Japanese animator Hayao Miyazaki was formally retiring. As promised, Miyazaki explained his decision today at a Tokyo press conference attended by about 600 reporters. “I didn’t mean to make a declaration, I just told my staff,” Miyazaki said. “The producer [Ghibli’s Toshio Suzuki] noted that it would be difficult if he was asked questions, so we decided on a press conference. But the studio is too small, so we decided to hold it here. But I didn’t plan to have a conference like this.”

Miyazaki began by acknowledging his previous official retirement announcement (after 1997’s Princess Mononoke) and numerous unofficial rumors over the years regarding the same. “I know I made headlines by signaling my intention to retire numerous times before, but this time I’m serious,” he said. At 72 years old, Miyazaki said the amount of time it took to make his films had simply gotten too long. “[In the past,] we could make films in four and five months,” he explained. “But during that time, my staff and I were younger, and we often said that creating these movies was a once in a lifetime event. Now, you can’t demand your staff work at this pace forever, because people get older and they have to choose between work and family.”

His age and dwindling attention span are also a factor: “I need to step away from the desk half an hour sooner than I would have needed to when I was making Ponyo.” He used to be able to work 12-to-14-hour days, but now seven is about his limit. As a result, his latest/final film, The Wind Rises, took five years to make, and he fears another movie would take six or seven years, far too long for his liking. One reporter from Hong Kong said that Miyazaki’s weight had decreased and asked if there were health issues involved. Not at all, the director: He’d gained weight after marriage, and only recently got back to a healthy fighting trim. “When I look at photos of me at that time [five years ago] now, I think I look like a pig,” he added.

Miyazaki declined to be specific about his future plans, saying “If I made some public announcement and failed to achieve it, that would make me look really stupid.” Nonetheless, he wants to work at least 10 more years, “as long as I can drive and commute back and forth between my home and the studio.” He’ll probably put some work in on the Ghibli Museum, which opened in 2001 and needs updating. “I might even become an exhibit myself,” he joked. And though he said he no longer had anything “cool” to show the children, the goal of his work had remained consistent: “I wanted to convey the message to children that this life is worth living. This message has not changed.”

Studio Ghibli has two more films in the pipeline, with The Tale Of Princess Kaguya, directed by Ghibli co-founder Isao Takahata, slated for Japanese release on November 23, and another unspecified film to be ready next summer. The studio’s future doesn’t lie with Miyazaki, he said: "Since a heavy load will be lifted from the top, I hope that younger staff members will come up with various ideas for what they want to do. The future will depend on the ambition, hope and abilities of various people.”