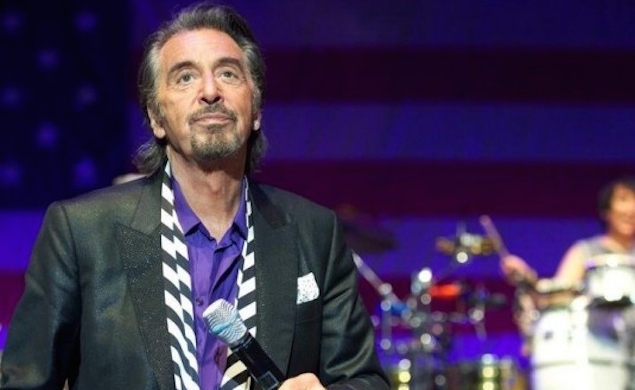 We’ve all seen the movies about the washed-up rocker and the also-ran actor, but Dan Fogelman’s Danny Collins looks to put a twist on that tried-and-true formula. The Al Pacino-starring feature imagines what would happen if a once-lauded musician (the eponymous Danny Collins) did, in fact, totally make it in the business—just not the way he wanted to. Okay, fine, so perhaps that’s not as original as it’s trying to be, but this film comes with something actually unexpected: A letter from John Lennon from beyond the grave (well, kind of).

Pacino’s Danny Collins looks to be a bit like Barry Manilow; he even appears in concert to the delight of a bevy of screaming, slightly age-advanced fans at Los Angeles’ own outdoor Greek Theatre. (That's a personally bizarre bit of déjà vu, considering that I once saw Barry himself at LA’s other great outdoor venue, the Hollywood Bowl, and that’s all I will say about that.) Collins is snazzy dresser with a songbook filled with perennial hits. But as successful as Danny is, however, his career has proven to be unfulfilling for him, and as he approaches further irrelevance, he discovers when and why it all went so wrong.

Turns out, young Danny Collins was a bit like John Lennon, a comparison that Lennon himself relished, to the point that he shot off a missive to Danny, filled with tips and encouragement for the budding musician. Danny, of course, never got the letter, and when he finally receives it some decades on, it changes his life. Like most people in the same situation, he moves into a mid-level hotel and seeks to make amends with his estranged son. Rock stars, they’re just like us!

Will Danny find his way home? Will Annette Bening ever agree to a date? Will John Lennon rise from the grave for some sort of show-stopping final number? All these questions—and, we presume, a few more—will be answered when Danny Collins takes the stage sometime next year.