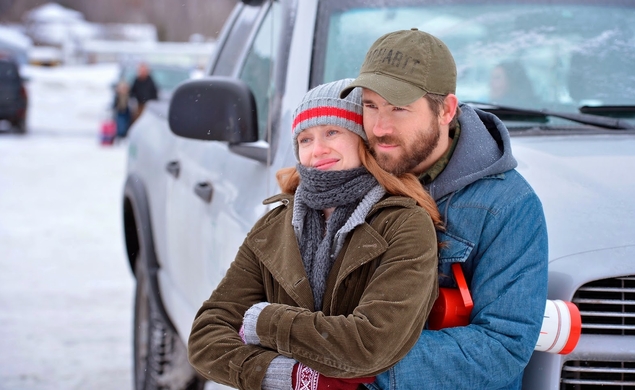 Atom Egoyan has proven himself to be a consistently engaging (if not consistently good) filmmaker over the three decades he’s been making movies. He’s become one of Cannes’ most treasured pet directors, netting six Competition premieres since 1994. In his report from Cannes, our esteemed Mike D’Angelo confessed that during the ‘90s, he considered Egoyan to be his favorite living filmmaker.

All the more heartbreaking, then, that that lovely sentiment directly preceded D’Angelo’s take on Egoyan’s new film The Captive, which he declared to be a “ludicrous art-schlock crapsterpiece.” The remainder of the review didn’t extend any more kindness, as D’Angelo accused the film of “[combining] the most pretentious aspects of an art movie with the dumbest aspects of a thriller.”

The first trailer for The Captive has now surfaced online, enabling those of us who were unable to jaunt over to France back in May to form an independent conclusion. Ryan Reynolds plays a father driven to extremes after his daughter gets abducted outside of what looks to be a charming pie shop. Rosario Dawson’s policewoman leads the frostbitten investigation of the girl’s disappearance. Bundle up and watch below:

I had the good fortune to get my greasy mitts on Criterion’s sumptuous new Blu-Ray treatment of The Vanishing last week, so I may be on something of a kick when it comes to well-shot abduction narratives. The Captive probably won’t earn the four-and-one-half star rating that our own Noel Murray dealt The Vanishing, but it don’t look half bad, neither.

It looks like Ryan Reynolds may have bitten off more than he can chew; I’ve never seen a performance from him suggesting that he can handle the depth of emotion that parental bereavement demands. But Egoyan appears to know what he’s doing, at least enough to keep Reynolds in check. The bitter cold of the film’s Canadian setting (Reynolds and the Egyptian-born Egoyan are Canadian countrymen) complements the subject matter nicely, accentuating the grim hopelessness of the manhunt.

Beyond that, the themes of voyeurism and spectatorship might enable Egoyan to make more of the disquieting statements on the fundamental perversion of cinema that he toyed with in 2009’s tastefully salacious Chloe. If you concentrate, you can already smell critics digging their heels in on either side of a polarizing debate. Or, wait, no, that’s just the smell of sweet, delicious macaroni pie.