The Russo brothers might take on The Avengers next 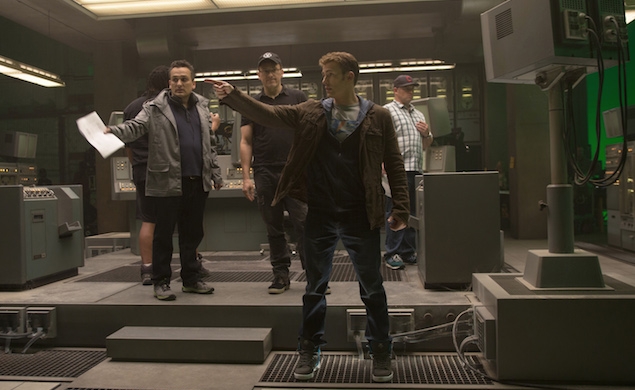 It’s a good thing that even superheroes as famously obsessed with their public image as Iron Man have to be curbed just a little bit in service to the overarching Marvel Cinematic Universe, or there's a very good chance the third entry in the surprisingly compelling Captain America series, Captain America: Civil War, would be entitled The Invincible Iron Man And Also Captain America As Well, Apparently. Despite not being the title character, Robert Downey Jr.’s Tony Stark looks to play a major, even central role in the third entry in the saga of Steve Rogers, the 98-pound weakling who got all strong after he was injected with super-soldier serum, and started dressing up like an American flag.

Downey isn’t the only familiar face who will help make Captain America: Civil War happen. He’ll also be joined by Cap himself (Chris Evans) and directors Anthony and Joe Russo, who previously helmed Captain America: The Winter Soldier. The Russo brothers, whose roots go back to television favorites like Arrested Development and Community, did a bang up job on Winter Soldier, so they’re now apparently being eyed to direct the next monoliths in The Avengers series (that would be Avengers 3 and Avengers 4, for those who are counting, though Marvel has already announced that the two films will be separate parts of one narrative, entitled The Avengers: Infinity War – Part 1 and The Avengers: Infinity War – Part 2).