Seventh Son is an actual movie, has the trailer to prove it 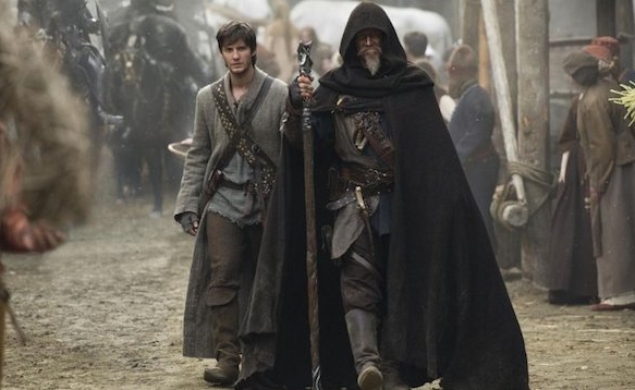 Sergei Bodrov’s Seventh Son went into production in March of 2012, complete with a set release date of February 22, 2013. That release date was then moved back to October 18, 2013. Then it was moved to January 7, 2014. Then it was moved still further back to February 6, 2015. Somewhere around 2013, most of us forgot the film—a fantasy action-adventure starring Jeff Bridges—even existed. But, wait, it totally does—no, really, for sure!—and it even has a brand-new trailer to prove it.

If nothing else, the release of the film will provide two stars-the-making—Ben Barnes and Dissolve favorite Alicia Vikander—with the kind of blockbuster, popcorn-friendly big budget release that neither has yet experienced. It’s just a shame it took so long to happen.

Be aware: Some math appears to be involved. And also magic.

The trail of the tape
Title: Seventh Son
Directors: Sergei Bodrov
Screenwriters: Charles Leavitt, Steven Knight
Cast: Jeff Bridges, Ben Barnes, Julianne Moore, Alicia Vikander
Release date: February 6, 2015
Tagline: To fight the darkness, he must face his destiny.
The entire trailer in one line of dialogue: “You are the seventh son of the seventh son.”
The entire trailer in one screengrab:

Perhaps this one should have stayed on the shelf for just a little bit longer. We’ll find out in a few months... or will we?