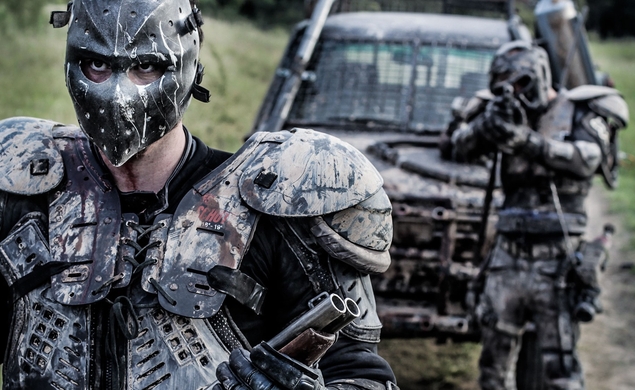 To Americans who have only ever read about it on the Internet, Australia seems like a strange place. In many ways, it’s pretty similar to the good ol’ US of A. They’ve got a lot of the stuff we enjoy at home: Delicious beer, sea creatures, racism, the Earth’s natural beauty. For many, the most meaningful factor differentiating the land down under is that behind every corner lurks certain death. Everything in Australia is permanently set to “kill,” from the hell-serpents large enough to devour whatever a “flying fox” might be, to earthworms the size of billy clubs, to their Biblical insect swarms. (If you had the gumption to click on all three of those links, congratulations! Mail photographic proof to P.O. Box 562, Chicago IL 60618 and you’ll receive your Dissolve-brand decoder ring in 6-8 business days!)

But the fine folks at IFC Midnight have announced plans to add one more bullet point to the staggering litany of ways to die in Australia: Zombies.

Variety reports that IFC Midnight has successfully acquired domestic distribution rights to Aussie horror import Wyrmwood. The film represents the culmination of four years’ worth of DIY production from director Kiah Roache-Turner, who scripted the film with his brother Tristan. Variety’s breakdown of the film’s plot is rather threadbare, describing it as “involv[ing] a mechanic who struggles to rescue his kidnapped sister on the eve of a zombie apocalypse.” It will star Jay Gallagher, Bianca Bradey, and Leon Burchill, all of them native Australians.

It doesn’t sound as if much sets this film apart from the legions of lurching, brain-dead zombie films currently dominating American box offices, apart from the setting. Perhaps the mechanic goes on a War of the Worlds-styled mission to protect his loved ones...while constantly eating Vegemite!

But one thing has this film’s prospects looking a little rosier. IFC Midnight is currently preparing to push The Babadook, another Australian horror import, into national theaters. It’s built up quite a bit of critical buzz, with our own Noel Murray granting it the simple, striking distinction of “a great film” in his report from this year’s Sundance Film Festival. The Babadook has earned a fair share of faith in whichever body curates IFC Midnight’s selections and Australian chillers as a whole. Hopefully, Wyrmwood will follow through.