Josh Hutcherson gets mixed up in some bad business in the Escobar: Paradise Lost trailer 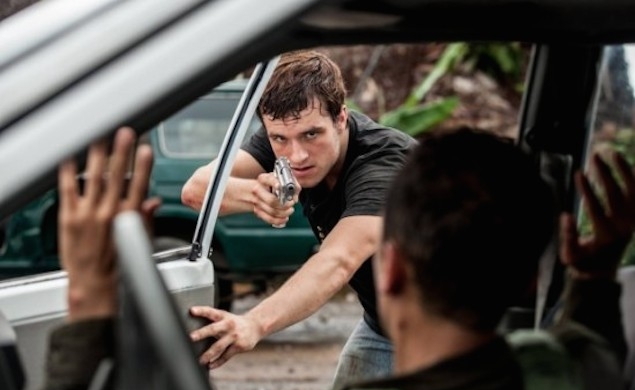 In Escobar: Paradise Lost, that life lesson isn’t one immediately learned by Nick (Josh Hutcherson), a good-time Canadian surfer boy (sure) who travels to Colombia with his brother Dylan (Brady Corbet, who is now in every movie ever) in search of some tasty waves and a cool buzz. Nick soon falls in love with Maria (Claudia Traisac), a do-gooder who seems completely unaware that drugs are bad. See, Maria’s uncle is Pablo Escobar (Benicio Del Toro), and she just loves her uncle, just like everyone else, mainly because he provides for all of them by selling cocaine. Sweet deal, right?

Nick soon falls into the family business, which has a negative effect on his relationship with Dylan and also probably with his very life. Should have stuck with surfing, Nick.

The trail of the tape
Title: Escobar: Paradise Lost
Director: Andrea Di Stefano
Screenwriters: Andrea Di Stefano, Francesca Marciano
Cast: Josh Hutcherson, Benicio Del Toro, Brady Corbet, Claudia Traisac
Release date: January 16, 2015
The entire trailer in one line of dialogue: “You said I was like a son to you.”
The entire trailer in one screengrab:

Seriously, Nick, you really should have stuck with surfing.