Our next (Animated) Movie Of The Week: Richard Linklater’s A Scanner Darkly 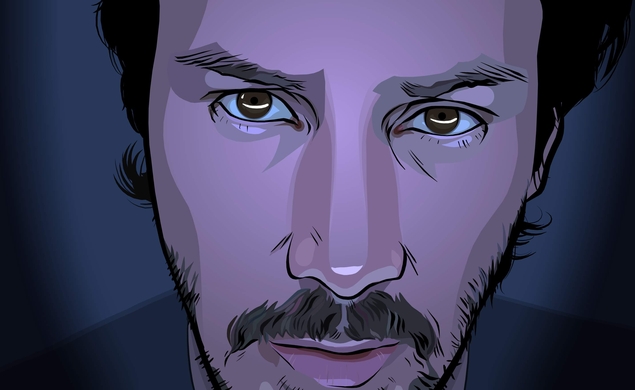 “Seven years from now, in Anaheim...”

So begins A Scanner Darkly, Richard Linklater’s 2006 adaptation of Philip K. Dick’s novel, and here we are a little over seven years later, and we’re still catching up to its themes of surveillance, paranoia, and ever-shifting identity. It seems we’re always catching up with Dick’s work, which may explain why filmmakers have been so keen to adapt his stories—Do Androids Dream Of Electric Sheep? into Blade Runner, “We Can Remember It For You Wholesale” into Total Recall, and “The Minority Report” into Minority Report, to name the most prominent screen versions—even if they’re more interested in them as a conceptual jumping-off point than as sacred text. Linklater’s A Scanner Darkly is perhaps the most faithful Dick adaptation, in part because the novel is relatively (key adverb there) straightforward, and it continues to gain in resonance as our present reality moves closer to the one that Dick and Linklater contrive.

Working again with animator Bob Sabiston, whose rotoscoping techniques brought a trippy dream-like quality to his 2001 reverie Waking Life, Linklater brings the same beautiful, destabilizing effect to a world of drug addicts and (not-so) paranoiacs. With the war on drugs all but surrendered, a powerful hallucinogen called Substance D is ravaging the country. (The “D” is often referred to as “death,” which puts a fine point on it.) Keanu Reeves stars as Bob Arctor, an undercover detective tasked with finding the source of Substance D, but a “scramble suit” keeps his true identity a secret from even his colleagues and his work has been compromised by his own growing addiction to the stuff. Robert Downey Jr., Woody Harrelson, and Winona Ryder—whose own varied substance-using histories off-screen have been well-documented—round out the cast as Arctor’s housemates.

On Tuesday, yours truly will have a Keynote on how A Scanner Darkly fits into Linklater’s unsettled realities, and Keith Phipps and Nathan Rabin will continue the conversation by talking about identity, addiction, and adaptation, among other things. On Thursday, we’ll feature an interview with Sabiston about the film’s long, difficult post-production period.

Coming Up
November 24: Spirited Away
December 1: Gremlins
And Movie Of The Week will return... in 2015.