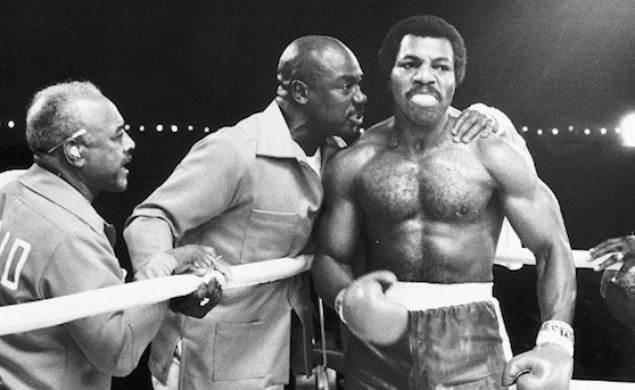 One of my most vivid moviegoing experiences as a child was weeping uncontrollably when—decades-old spoiler alert—evil old Ivan Drago, that sneering exemplar of godless, America-hating Russian evil, cruelly murdered lovable old Apollo Creed with his fists in the ring in Rocky IV. Creed seemed so cocky, so jubilant, so alive coming out to James Brown’s “Living In America,” and then, boom, moments later he’s dead, deceased, past tense.

I was so overwhelmed with emotion that I had to leave the theater and go outside and cry, but I took solace in knowing that Apollo Creed probably had a lot of children and even grandchildren who might carry on his legacy. I was obviously not alone in wondering throughout each Rocky movie, “Yeah, but what’s going on with Apollo Creed’s grandchildren?” Hell, I wondered the same thing through the Rambo movies, the Expendables movies, and Copland. And Schindler’s List. (Full disclosure: I am unhealthily obsessed with the Creeds, and their family band Creed.)

I was clearly not alone in wondering, day and night, what’s going on with the Creeds, because now a much talked-about spinoff centering on Creed’s grandson is officially moving forward, with Michael B. Jordan cast as the progeny of boxing royalty for his Fruitvale Station director Ryan Coogler. Boxers Andre Ward and Tony Bellew are in talks to join the cast as well; Bellew would reportedly play Creed’s nemesis, “Pretty” Ricky Porter. The film’s plot would find Stallone’s Rocky mentoring his old friend/rival’s grandson—and, if Coogler plays his cards right, he could score an epic theme song from the one and only Frank Stallone, who is selective in his musical projects but always seems to have a catchy, anthemic ditty for his brother Sly.

Fruitvale Station was a well-received sleeper and Jordan has attracted nothing but good reviews throughout his career, so it is entirely possible that Creed will be the best possible version of a film that never needed to be made in the first place. Although, if Coogler decides to kill off Creed’s grandson after the younger Creed comes out to “Weird Al” exuberantly performing “Living With A Hernia,” his hilarious parody of “Living In America,” we’ll all be a little pissed. You can only play that card once.