Out Of The Past: Aladdin was released this day in 1992 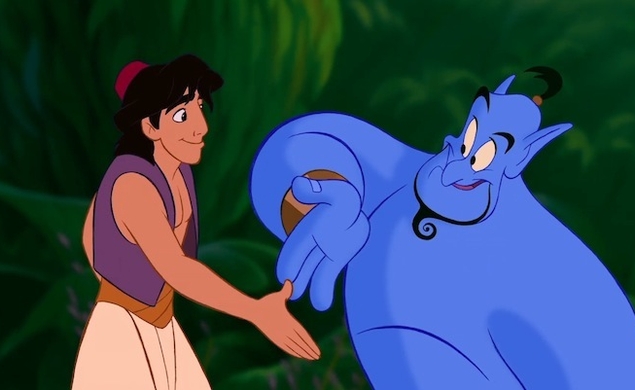 Sometimes golden ages find a way of converging, as they did in Disney’s 1992 feature Aladdin. A product of the Disney renaissance that began in the late 1980s, Aladdin found the studio’s newly emboldened animation department at the height of its powers, combining propulsive storytelling, tremendous visuals, and memorable songs from Alan Menken and Tim Rice (who stepped in for Menken’s late partner, Howard Ashman). Yet, for all those elements, it’s the character of The Genie, as voiced by Robin Williams, who walked away with the film. Williams was similarly at the height of his powers in the early 1990s, coming off a string of films, like The Fisher King, Awakenings, Dead Poets Society, and Good Morning, Vietnam, that connected with critics and audiences while pushing his abilities as an actor. It was as The Genie, however, that Williams found the purest cinematic expression of the quicksilver, stream-of-consciousness skills that first made him famous. Without reality to hold him back, the film could follow wherever his mind went.

Aladdin became something of a sore point between Williams and Disney for a while. Williams felt that Disney had gone back on its promise not to play up his involvement too much, lest it interfere with Williams’ other big film that season, Toys. Toys flopped. Aladdin became a hit. The former probably had little to do with the latter, and whatever ill feelings stirred behind the scenes, what made it to the screen enchanted audiences then and ever since.