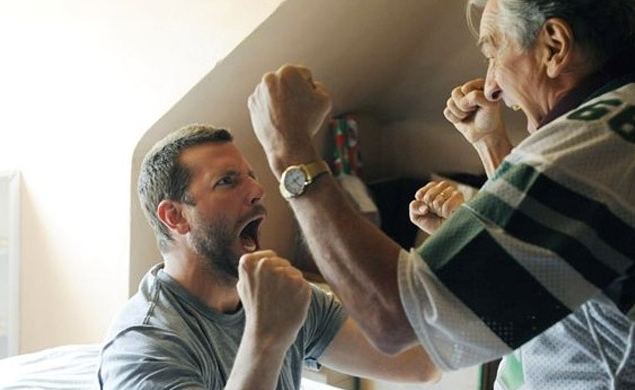 For his next feature, director David O. Russell wants to do something a little different, like casting Jennifer Lawrence alongside Bradley Cooper and Robert De Niro. Wait, this sounds kind of familiar? Throw Jacki Weaver into that stew and we just might have another quadruple-acting-nominee situation a la Silver Linings Playbook.

Russell’s next project (appropriately titled Joy) has already cast Lawrence as real-life home-cleaning hero Joy Mangano, the inventor of the Miracle Mop, but now the filmmaker is looking to add a few more familiar faces.

In a quick chat with Omaha Go (via The Playlist), Russell revealed that he wants to take some risks with the new film—by casting the same people he always loves to cast. Okay then! He shared, “We’re gonna take some risks we haven’t taken before, in storytelling and cinematically. I think I’d very much like (Robert) De Niro to be in it, I think he’s gonna be in it. And of course I always create a role for Bradley Cooper. I try to have things people have never done. Then they can get excited, and it’s exciting for audiences. That’s what makes it daring in some way.”

Rest assured, though, as Russell promises that the film has plenty of juicy parts for his actors, and he explains:

“It’s the story of a certain woman, what’s going on inside her from a young girl, broke, to when she becomes a bit of a mogul, a bit of a power broker. And the people she’s surrounded by are extremely…she has very complicated, deep, personal family relationships, which are the bane of her and the reason she is who she is. There are great roles for other actors as well, to create a world.”

I must profess that I’m not exactly up Mangano’s home life and family issues, but the entrepreneur seems like a real pull-yourself-up-by-your-bootstraps type, perhaps the kind bred of an unhappy family situation. Her later success probably didn’t help any of those issues, either. Could Cooper play a love interest? A shady brother? Is De Niro a good fit for papa Mangano? We don’t know, but Russell sure seems like he wants us to find out.

Mangano is a self-made millionaire who invented the self-wringing Miracle Mop, manufactured it herself, hustled it at trade shows, and eventually hit the jackpot when QVC decided to carry the product. Mangano didn’t rest on her mop-making laurels, however, eventually crafting other clever home products like Huggable Hangers, Shades Readers, and the Clothes It All Luggage System (which sounds straight-up awesome). She holds the patent for more than 100 products and is QVC’s most prolific and profitable purveyor ever.

And, admit it, you kind of can’t wait to see Lawrence wrestle with a Miracle Mop prototype and/or scream that these goddamn hangers aren’t very huggable at all.