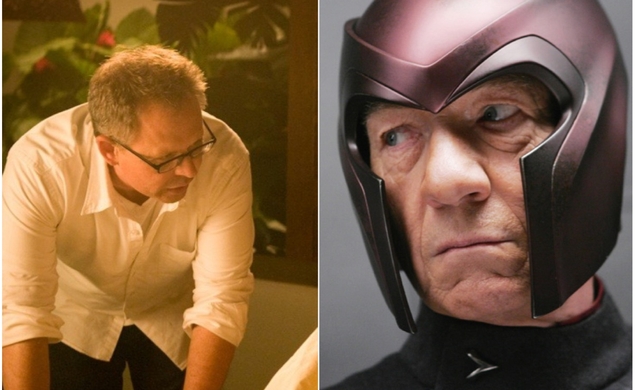 Bill Condon has further cemented his return to the world of award-season-worthy drama.

As confirmed by The Hollywood Reporter, Condon has signed on to direct A Slight Trick Of The Mind, a project that will reunite the filmmaker with his Gods And Monsters star, Ian McKellen. McKellen will play a retired and mentally fading Sherlock Holmes who remains fixated on an unsolved case from 50 years prior. The film, slated to begin shooting in the U.K. in April, is an adaptation of Mitch Cullin's 2005 book of the same name.

It sounds like a great role for McKellen and another smart way for Condon to reestablish his prestige-drama cred after veering away from that realm with his work on parts one and two of Twilight: Breaking Dawn. After making a pair of deliciously campy romantic thrillers that involved vampire-baby births and Dakota Fanning being attacked by werewolves, Condon astutely signed up to tackle the forthcoming Wikileaks movie The Fifth Estate. A Slight Trick of the Mind will be his next, potentially awards-worthy project, as well as proof that it's possible to travel from point A (a film in which Taylor Lautner falls in love with a baby) to point B (a film in which an indisputably fine actor plays one of the most beloved British characters in literary history).

It's also certainly the right pop cultural moment for more Holmes. Given the success of the BBC's Sherlock series—which stars Benedict Cumberbatch, who, coincidentally, plays Julian Assange in Fifth Estate—as well as CBS's Elementary, the appetite for additional stories about the master detective should be pretty strong. Both Condon and Sir Ian McKellen seem more than equipped to satisfy that hunger.