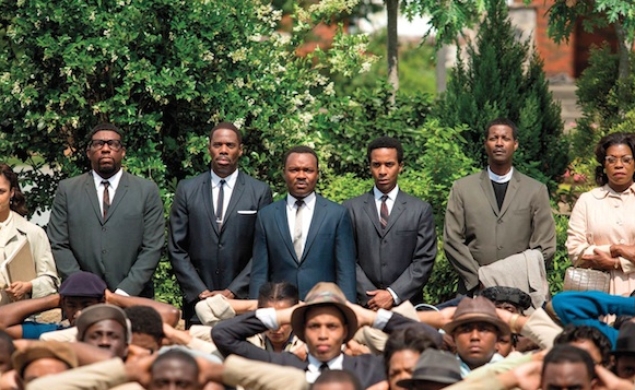 Winter at the box-office is always predictably crowded with biopics and fact-based features, and this year is no different. To wit, we’ve got the Stephen Hawking biopic (The Theory Of Everything), the Alan Turing biopic (The Imitation Game), the Cheryl Strayed feature that pulls from her own memoir (Wild), the fact-based Foxcatcher, and now Ava DuVernay’s Martin Luther King, Jr.-centric Selma joins the fray.

DuVernay’s film sagely focuses on one slice of King’s legacy and work: The 1965 Selma-to-Montgomery marches that helped push forward the Voting Rights Act. There were actually three of these marches that played out over the course of March 1965, but the first one is perhaps the most infamous, earning the moniker “Bloody Sunday,” due to the brutality displayed by Alabama State Troopers against the peaceful marchers. That incident takes center stage in the first trailer for Selma, which plays up the drama and trauma that sprung from the day—both for the actual marchers and other sympathetic Americans who were stunned by the news that hey, maybe racism is a problem. As a microcosmic look at racism in America and the Civil Rights Movement in particular, the Selma marches are a sound example for a new big screen take.

DuVernay has assembled a stellar cast for the film, including David Oyelowo as King, the kind of role that we might as well deem “transformative” and “career-defining” right now. Elsewhere, Tom Wilkinson scowls it up as President Lyndon B. Johnson and Dylan Baker gives us yet another big screen take on J. Edgar Hoover.

And, yes, Oprah is also there. Let’s hope that her performance here is a little more understated than her last cinematic turn, when she screamed and threw her way through last year’s The Butler.