If you’re excited about Riddick, you have Tokyo Drift to thank 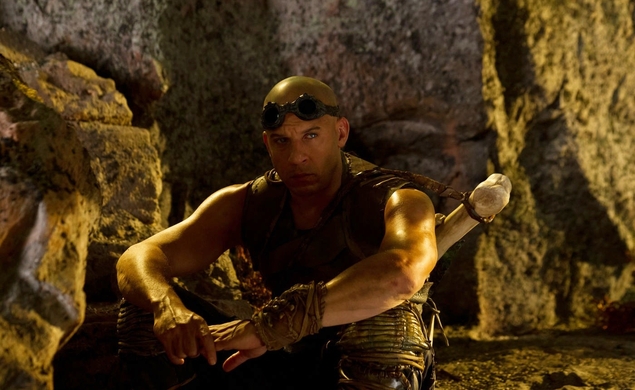 An interesting piece of trivia from a new article at The Hollywood Reporter: namely that the new Vin Diesel film Riddick likely wouldn’t exist without a Fast & Furious movie that barely featured Diesel at all, The Fast And The Furious: Tokyo Drift.

“The key move came in 2006, when Universal asked Diesel to make a cameo in The Fast And The Furious: Tokyo Drift. (Diesel had starred in the first Fast And The Furious in 2001 but walked away from the first two sequels.) Looking to recharge the series, the studio wanted to use his brief return in Tokyo Drift to signal he would be back center stage in a fourth movie. Diesel agreed, but instead of an acting fee, he demanded the studio give him and his One Race production company rights to the Riddick character.”

With the franchise all but dead, Universal forked over the Riddick character in exchange for Diesel’s participation in Tokyo Drift. How little did they think of the property? They didn’t hand back Riddick for Diesel’s services as a leading man; they gave him the character for one (1) minute of screentime and exactly 27 words of spoken dialogue in what, if memory serves, was an unadvertised cameo. Now there’s a new Riddick movie, produced by Diesel as a result of the deal, and if it’s a hit, he stands to make a fair amount of money in the process.

This scenario reminds me a little of the process by which George Lucas became a billionaire. He’d already agreed to a deal memo for Star Wars right before American Graffiiti opened in theaters and became a major hit, giving him the leverage to renegotiate his contract. His agent thought his client could get an extra $500,000. Instead, Lucas offered to make Star Wars for his original salary of $200,000 plus the rights to any and all sequels, merchandising, licensing, and publishing based on the movie.

Eager to save some money at a time when those rights were generally worthless—supposedly, they were informally known around Hollywood as “garbage rights”—20th Century Fox agreed. Lucas claims he only made the deal to ensure he could control his material if and when Star Wars flopped, and to make some T-shirts and posters to help promote the movie if Fox didn’t throw the full weight of its marketing department behind it. But his forward-thinking decision wound up rewarding him with literally billions of dollars. It launched an empire.

Riddick is no Star Wars, but the lesson here remains the same: in Hollywood, rights make might. If Riddick is a hit, don’t expect too many more cameo-for-character deals in the future.