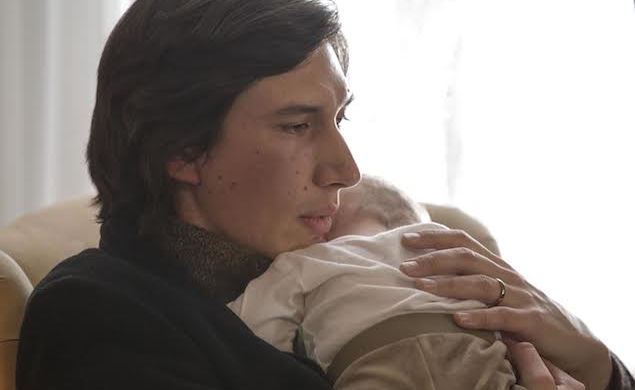 The synopsis for Saverio Costanzo’s Adam Driver-starring Hungry Hearts is almost laughably obtuse, the kind of condensed explanation of a wild and wooly feature that, while necessary for basic marketing purposes, doesn’t remotely do the film justice. The director’s first English-language film is officially described as such:

“Hungry Hearts follows Jude, an American and Mina, an Italian. After a whirlwind romance, they get married and she becomes pregnant. But Mina becomes convinced that the child inside her is special and must be protected from all the pollution of the outside world. For the sake of his love for Mina, Jude plays along with her, until he reaches the point where he has to face a terrible truth: his son’s life is in danger.”

It sounds like a domestic drama, right? Albeit one with a modern twist—all that pollution talk—that should appeal to a certain subset of Earth-loving granola-crunchers, but still, a domestic drama about marriage and parenthood and all sorts of things that sound intensely relatable. Yeah, that’s not what Hungry Hearts is about. Instead, the film slowly winds from well-tread territory (call it the “relationships are hard” genre) into one of the year’s most truly unexpected and purposely gob-smacking horror films.

That’s right, Hungry Hearts is a horror film, one kitted out with classic chiller DNA and the sort of twists that wouldn’t be out of place in a John Carpenter feature. It’s weird, you guys, but maybe also actually sort of brilliant.

IFC Films has now picked up the film—which had a strong film festival showing this autumn—for North American release, and though today’s announcement doesn’t include any notes as to when movie lovers can expect to see the feature, let’s hope it’s on the soonish side, because Costanzo’s bold, weird, and surprisingly inventive film needs to be put in front of as many as eyeballs as possible, and soon.

Driver and Rohrwacher picked up matching acting awards for the film—Best Actor and Best Actress, respectively—at this year’s Venice International Film Festival, mainly because anyone who could pull this kind of unabashed nuttiness off with a straight face deserves a literal commendation for that work.