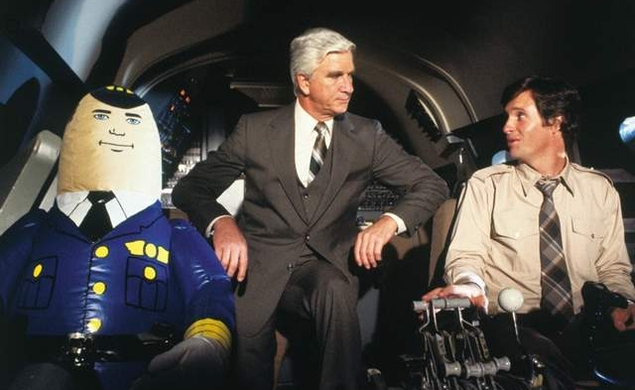 Past Dissolve “Movie Of The Week” Airplane! airs on Epix2 tonight at 9:30 p.m. Eastern, which is as good as an excuse as any to revisit all the pieces we posted about the film back in July: Keith Phipps on how Airplane! writer-directors David Zucker, Jim Abrahams, and Jerry Zucker’s comic style relies on earnestly replicating whatever they’re spoofing; Mike D’Angelo on whether pop culture references in comedy can still be funny to viewers who don’t know the source; and The Dissolve staff kicking around various aspects of the picture. Or we could all use the Epix2 cablecast as a good reason to quote our favorite lesser-known Airplane! lines. (Here’s mine: “Shanna, they bought their tickets, they knew what they were getting into. I say, let ‘em crash.”) Airplane! is one of those movies that’s permeated comedy and cinema in a way that makes a lot of it overfamiliar. But there’s always some wrinkle to Airplane!’s performances or dialogue that reveals itself each time through, because the film’s just so incredibly dense.