Ridley Scott to executive-produce a 2001: A Space Odyssey sequel for television 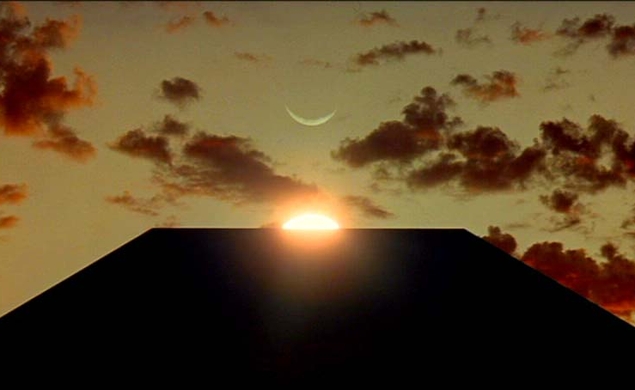 The 1968 film 2001: A Space Odyssey was generated from a long, extensive collaboration between director Stanley Kubrick and author Arthur C. Clarke. The resulting film was hailed as a masterpiece pretty much from its debut and remains a project mentioned in the first breath of anyone talking about either creator. For Kubrick, once was enough. Clarke, however, didn’t abandon the world of 2001 quite so easily, writing three sequels to the novel he developed with Kubrick in parallel with the film’s screenplay: 2010: Odyssey Two (published in 1982), 2061: Odyssey Three (1987), and 3001: The Final Odyssey (1997). The first became a film in 1984, directed by Peter Hyams. Tom Hanks circled around an adaptation of 2061 but nothing ever came of it. 3001, however, looks likely to be coming to a TV screen near you, courtesy of executive producer Ridley Scott and Syfy.

Set, as the title suggests, 1,000 years after the events of 2001, the novel follows the further adventures of Frank Poole, the astronaut HAL 9000 sent spinning off into space in the first installment. The script will come from Stuart Beattie, whose credits range from the Pirates Of The Caribbean series to I, Frankenstein (the latter of which he also directed). It’s also the second Clarke project Syfy has announced recently, the announcement arriving on the heels of a slate of new projects the network unveiled in September that included a miniseries version of Childhood’s End.

It’s all part of an underlying back-to-basics approach for the network once known as Sci-Fi. In a recent interview with Entertainment Weekly, Syfy president Dave Howe all but admitted that the network had drifted too far from its roots in the years since Battlestar Galactica left the air, favoring lighter fare and reality shows rather than cultivating the sort of prestige series that defined networks like AMC and FX. To that end, it’s probably not a bad idea to take on a project tied to one of the most respected films in the genre as shepherded by the director of Alien and Blade Runner (and, sure, Prometheus). Similarly, a reimagining of Terry Gilliam’s 12 Monkeys will debut in January.

Will it work? That remains to be seen. Ambitious television series now pop up everywhere from Amazon to WGN, meaning there’s a lot of competition and a high bar for any series wanting to stand out to clear. On the other hand, for all the time Syfy has spent in a wilderness defined by Sharknado, Ghost Hunters, Sharknado 2, Ghostnado, Huntsharkers, etc., and for as far as genre fare has moved from the fringes to the mainstream, there haven’t been an overabundance of smart science-fiction shows on other networks. (If anything, BBC America has the strongest claim on the genre thanks to Doctor Who and Orphan Black.) There’s still a ball for someone to pick up and run with, and with 3001 and similar projects, Syfy appears to be trying to be the network to do it.