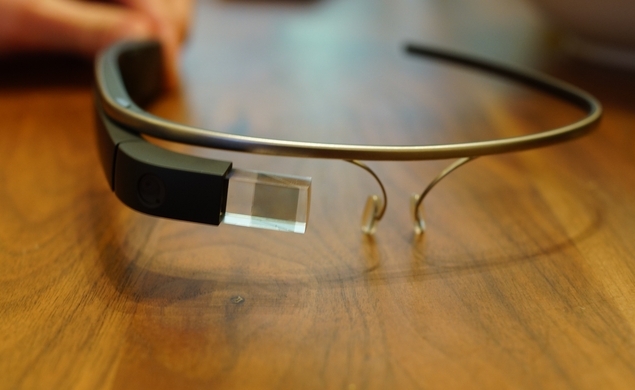 Variety reports that the National Association Of Theatre Owners and the Motion Picture Association Of America have announced an industry-wide ban on Google Glass and other wearable communication doohickeys. Previously, there have been no set rules about Glass, although last January a movie theater patron in Ohio was accused of piracy and questioned by Homeland Security after he wore the device to a screening of Jack Ryan: Shadow Recruit. (“Should my lawyer be here for this?” “No, mostly we want to ask you about this one part of the plot that was bugging us, and whether you think Chris Pine makes a better Jack Ryan than Ben Affleck.”)

Here is the official statement on the decision:

“The National Association of Theatre Owners (NATO) and the Motion Picture Association of America (MPAA) have a long history of welcoming technological advances and recognize the strong consumer interest in smart phones and wearable “intelligent” devices. As part of our continued efforts to ensure movies are not recorded in theaters, however, we maintain a zero-tolerance policy toward using any recording device while movies are being shown. As has been our long-standing policy, all phones must be silenced and other recording devices, including wearable devices, must be turned off and put away at show time. Individuals who fail or refuse to put the recording devices away may be asked to leave. If theater managers have indications that illegal recording activity is taking place, they will alert law enforcement authorities when appropriate, who will determine what further action should be taken.”

I am not a Google Glass owner, but as I mentioned in my post about that earlier incident in Ohio, I tried them once and knew instantly they’d be an issue for movie theaters. They’re easy to use and particularly to take pictures or video with. Granted, the picture quality isn’t going to be what we might consider top-notch, but given people’s existing willingness to disturb their fellow patrons with smartphones and tablets (I recently sat next to a woman who was taking pictures of the screen and immediately posting them to Facebook during a film), ignoring wearable devices would set a potentially annoying precedent. So sorry, Google Glass fans. You’ll have to find another way to look silly in a movie theater.