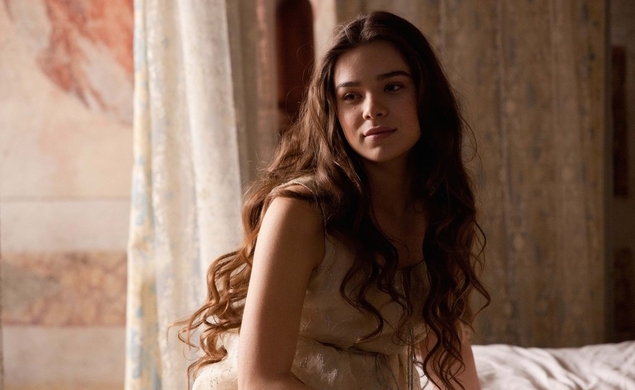 While most 17-year-olds spend their leisure time skateboarding and listening to their iPhones, Hailee Steinfeld has bigger plans. The actress, who has starred in a Coen brothers film and earned an Academy Award nomination (but who cannot legally purchase a pack of cigarettes in the United States Of America), will appear in a new indie romance from Milk screenwriter Dustin Lance Black called The Statistical Probability Of Love At First Sight. That’s the title of the YA novel on which the film is based, in which American girl Hadley meets and falls for a dashing British gent while waiting in an airport. In a serious strain on credulity (which, judging from the film’s title, may be kind of the point), the pair end up seated next to each other on the plane. Naturally, sparks fly. There’s no word as of yet on who will romance Steinfeld in the film, but suffice it to say that he will be English and charming.

Such conventional love-dovery comes as something of a surprise for Black, who has spoken out consistently on the necessity of representation of queer relationships in the media. Sure, the guy’s a writer and work is work. But it’s like Gandhi always said: “Be the depiction of non-heteronormative identities and dynamics you wish to see in the world.”