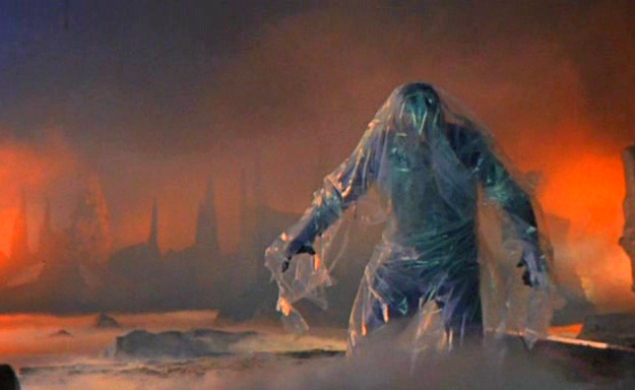 There are only a few more days left to watch as many horror films as you can cram in, because once November 1 rolls around, it’ll be time to put away the scary stuff and fire up the movies about… turkey? Football? Family? (Anything but zombies, at least until January or so.) As always in October, there are a slew of scary movies up for sale today, including a few—Nightbreed, The Vanishing, and Werewolf Woman—that we reviewed in our regular home-video section yesterday. Some of the more offbeat ones to look out for include the 1976 “when nature attacks” movie Squirm (about carnivorous, skin-burrowing worms), Mario Bava’s pre-Alien sci-fi/horror stunner Planet Of The Vampires, and Kim Ki-duk’s strange, disturbing, and darkly funny Moebius, about a family that can’t seem to stop hurting each other.

But the biggest non-horror release of the week—heck, the biggest release of the week, period—is Criterion’s generous, beautiful, essential The Complete Jacques Tati. The box has so much to offer that your humble Blu-ray reviewer is still digging through it all, and will have a full review up on The Dissolve next Monday.