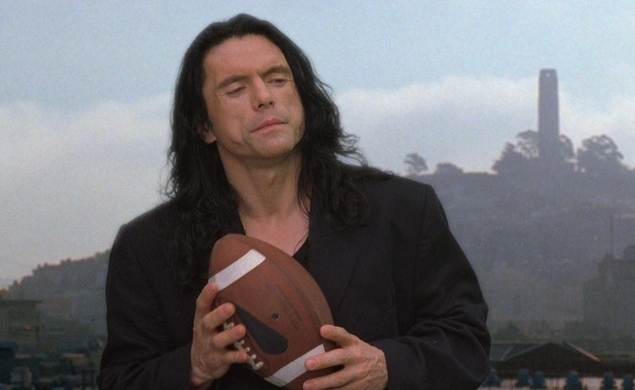 According to IMDb, writer-actor-director-method actor-body-pillow-lover James Franco still has four films in the pipeline for 2014 alone. But at some point after Franco has tainted every great American novel that you forgot to read in high school, he’ll turn his attention to his long-awaited adaptation of The Disaster Artist. Detailing the fraught and bizarre real-life circumstances of production on 2003’s infamous cult film The Room, Tom Bissell and Greg Sestero’s non-fiction book is the story of the stranger-than-fiction relationship that went on behind-the-scenes.

There’s been a drought of news lately about the film, although it’s been all but officially confirmed that James Franco and his brother Dave will play the roles of disasterpiece auteur Tommy Wiseau and his best friend/star Greg Sestero, respectively. But today TheWrap reports that Scott Neustadter and Michael Weber, the scribes of this year’s weepie The Fault In Our Stars, will adapt The Disaster Artist for Franco. They may initially seem like a strange choice for the project, but when you factor in the duo’s skills writing about fatalistic meet-cutes in films like (500) Days of Summer, The Spectacular Now, and the aforementioned Fault In Our Stars, they seem especially qualified for this story of damaged friendship. To our knowledge, they haven’t written any movies about playing football in tuxedos yet, but there’s a first time for everything.