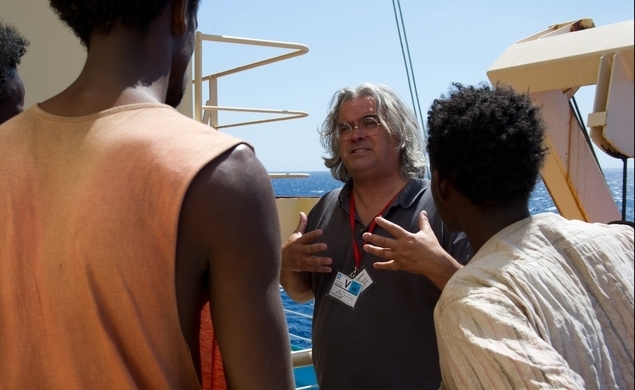 At any moment, Paul Greengrass is going to peel off his silicone facemask and reveal that several identical operatives are operating under his alias—it’s really the only possible explanation for the man’s exhaustive output. The British director plans on directing a thriller based on the true story of an Islamic extremist double agent working with the U.S. government. Wait, now he’s over there, eyeing the director’s chair on Leonardo DiCaprio’s movie about Olympian hero Richard Jewell. Turn around and he’s there, too, preparing to return to original-recipe Bourne with a fifth installment of the espionage franchise. Greengrass number four has now set his eye on a Berlin Wall action picture about a group of young people hoping to get the hell out of dodge (“dodge” in this instance being East Berlin in the ’80s).

The Tunnels will adapt a to-be-written book by Greg Mitchell, who has already spun tense page-turners from the Wikileaks scandal, Bradley Manning’s defection, and media treatment of the Iraq War. Conjuring flashbacks of 2012 Best Picture winner Argo, The Tunnels concerns a collection of West Germans hoping to smuggle their nearest and dearest out of East Berlin during a period of violent political and social upheaval. Also like Argo, the dazzling breakout was only made possible with the assistance of American agencies. Unlike Argo, this film will most likely not feature gratuitous shots of Ben Affleck’s beard—but there will surely be other reasons to go see it.

Variety has yet to report any casting news on the project, but it’ll be a fine fit for Greengrass (or whoever he purports to be), at the very least. The man has amply proven himself to be a master manipulator of tension, so an intense flight for freedom would suit him well. I guess you could say that for the resilient survivors of German sociopolitical tumult, the Grass really is Greener on the other side! Thank you, and don’t forget to tip your waitresses.