Short Cuts: “Monster,” the early version of the new horror classic The Babadook 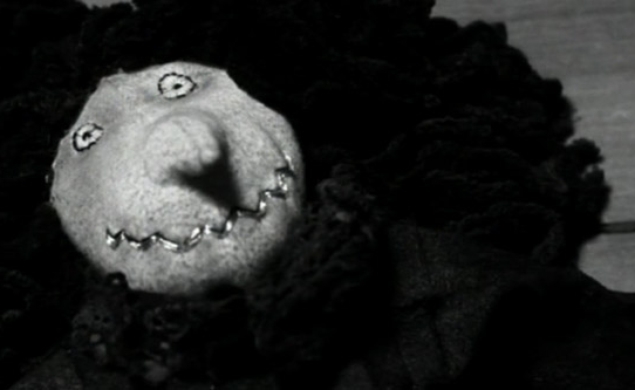 Jennifer Kent’s much-anticipated horror film The Babadook finally opens in late November—roughly 11 months after it moved and terrified audiences at Sundance. But for those who want a general idea of what The Babadook is like, Kent’s 2005 short “Monster”offers an embryonic version. Like The Babadook, “Monster” is about a stressed-out mom (played in the short by Susan Prior) who’s being driven to distraction by her hyperactive son, who’s bouncing off the walls playing monster-hunter. Irritated, the mother hides the creepy-looking doll that the boy has been pretending to stalk and kill. But then she starts seeing a life-sized version of the toy, stomping around the house with long fingers, scraggly hair, and sharp teeth.

“Monster” has the premise but not the plot of The Babadook, so there’s no need for people who haven’t seen the feature-length version to worry about spoilers. “Monster” is more about the situation: What does a mother do when some kind of supernatural beast is threatening her kid? The Babadook expands the tense relationship between parent and problem-child, giving their house’s troublesome monster-infestation more of a context, and the story a more resonant ending. (The performances are a lot stronger, too.) But “Monster” shows off a lot of what Kent can do, and not just in the intensity of the short’s scares—which run on even longer in The Babadook—but also in the way she sets the scene with images of a soiled bed and a cat eating an enormous bug. The horror here is existential and manifests in a literal monster. “Life is misery,” Kent seems to say, “And then something jumps out of the shadows and murders you.”