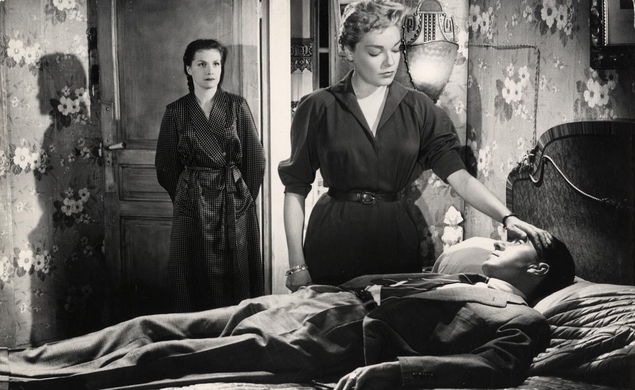 Outside of Alfred Hitchcock, Henri-Georges Clouzot—and in particular his 1956 thriller Diabolique—had maybe the strongest influence on the suspense and mystery genres in the mid- to late-20th-century, bringing a touch of class and wit that movie and TV directors would steal from for decades. In Diabolique, Clouzot’s wife Véra plays Christina, a teacher at a boarding school, who conspires with another teacher, Nicole (Simone Signoret) to kill the school’s cruel headmaster Michel (Paul Meurisse)—who’s also Christina’s husband and Nicole’s lover. The ladies have a meticulous plan to drown Michel and make it look like an accident; but after they do the deed, his corpse disappears, and the tension mounts. Much of Diabolique plays like a drawing-room mystery, but with genuinely startling shock-scenes and sublime comic relief in the form of a pesky, seen-it-all detective (played by Charles Vanel, who’s said to have inspired the TV series Columbo). The result is a scary movie with brains and style. It airs late Sunday/early Monday, at 2:15 a.m. Eastern.