Ethan Hawke will play Chet Baker in Born To Be Blue 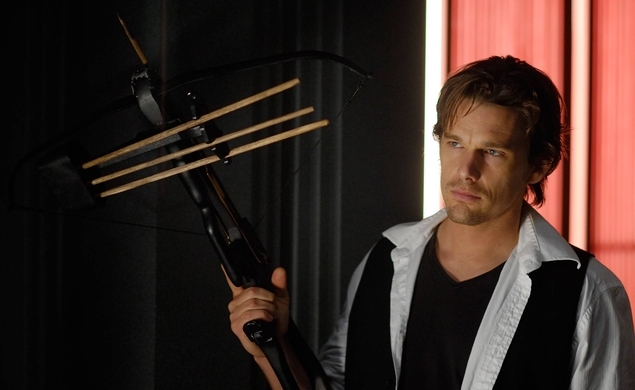 Crooner and trumpeter Chet Baker’s personal life was filled with ugliness and dysfunction that belied his lush, romantic, and soft music. Baker was the James Dean of jazz, an impossibly good-looking white boy whose voice was like a gentle breeze, and whose trumpeting was melancholy, sad, and gorgeous. He was easy to fall in love with, but he had a habit of betraying and using the people who loved him to fuel his longtime heroin addiction.

Baker’s tragic life was made for the silver screen. In 1988, superstar photographer Bruce Weber created an impossibly idealized, romanticized portrait of the aging trumpeter called Let’s Get Lost that was nominated for an Academy Award for best Documentary. But it purposefully ignored much of the cruelty and abuse—both emotional and substance-based—that characterized the musician’s life.

Now Canadian filmmaker Robert Budreau (who previously made a 2009 short film on Baker’s death titled “The Deaths Of Chet Baker”) is writing and directing a film about Baker’s late 1970s comeback, starring the resurgent Ethan Hawke as the jazz icon. Hawke doesn’t really have the beauty Baker did as a young man, but by the late 1970s, decades of heroin addiction, rough living, and an assault that resulted in Baker losing many of his teeth had taken a fierce toll on his appearance. The film, titled Born To Be Blue, has already started filming. Here is a glimpse of the man in action, performing “My Funny Valentine” at the height of his delicate beauty in 1959.