The Hobbit trilogy is now the most expensive film production ever 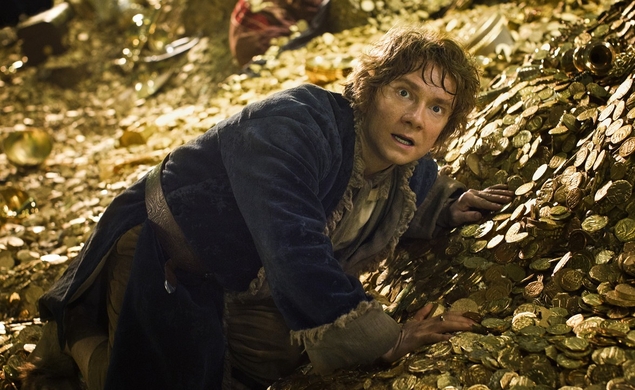 No one wants the title of the most expensive movie ever made, and it can sometimes be hard to determine exactly what movie deserves it, thanks to the vagaries of studio accounting and the uncertainty surrounding the budget numbers that get reported. Currently, Wikipedia (which is never wrong) lists Pirates Of The Caribbean: At World’s End as the most expensive film ever, with an estimated budget of $300 million.

Captain Jack Sparrow doesn’t have to worry about someone stealing his prize just yet, but a new report in The Guardian notes that there’s a new most expensive film production ever, even if the costs are spread out over three films. It’s Peter Jackson’s never-ending story, The Hobbit. Citing financial documents filed in New Zealand, where director Peter Jackson and his team made the three movies, they report that the combined trilogy cost $934 million in New Zealand dollars, which equates to approximately $744 million U.S. dollars, or about $248 million per Hobbit. (That’d put each individual movie in the top 10 most expensive films ever made as well.)

That is more money than Smaug had in the Lonely Mountain, but it’s not necessarily a bad investment. The first two Hobbits made $1.97 billion worldwide, and this year’s installment, The Battle Of The Five Armies, will likely bring that total up to nearly $3 billion. It’s like they say, it takes money to make money. And it doesn’t hurt if you have dragons and orcs and Peter Jackson, too.