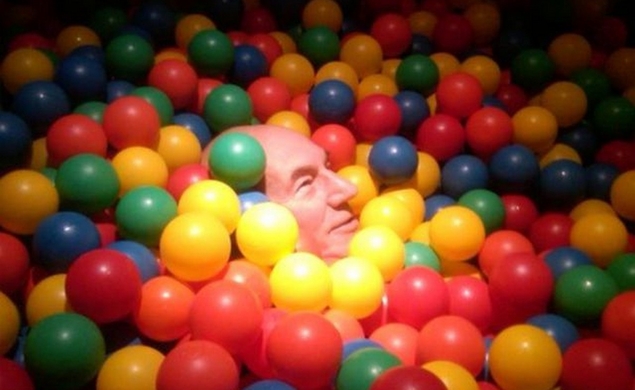 That’s fascinating news for Stewart’s fans. His roles are usually more stern than menacing: His signature roles, as Captain Jean-Luc Picard in an endless series of Star Trek outings and as Professor Charles Xavier in a nearly-as-endless series of X-Men spinoffs, are firm and patrician, but even in smaller, less-familiar parts, he’s never really frightening. And in recent years, he’s settled into a comfortable role as the Internet’s favorite affably odd British uncle, a guy who tweets pictures of himself buried in a ball pit to commemmorate his 2013 wedding, or in a lobster costume in a tub for Halloween. Or skipping around New York with his buddy Ian McKellen, showing off their bowler hats in a series of adorable pictures. 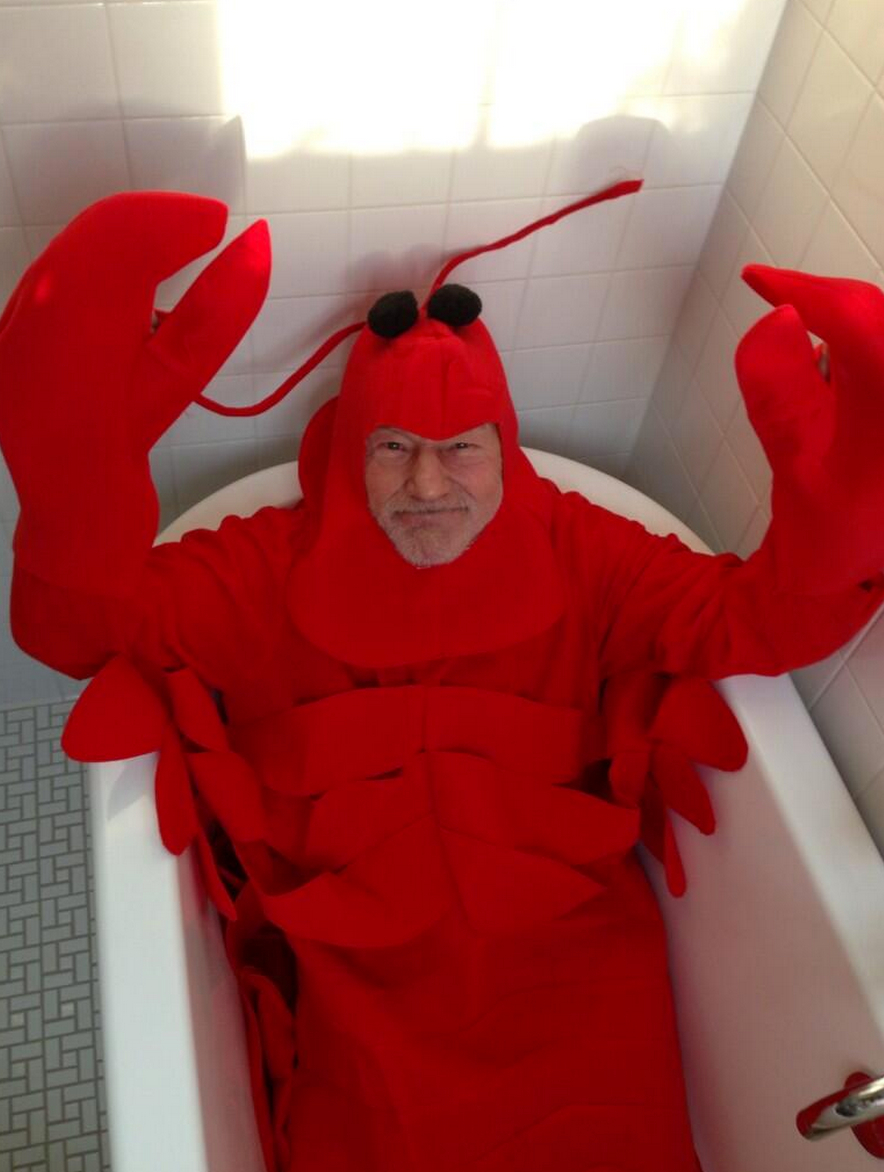 But Green Room sounds like it’ll give him a chance to actually play an authentically scary villain. That feels like something that should be comfortably in his wheelhouse; as with J.K. Simmons in the mesmerizing Whiplash, Stewart has been playing softer roles, but has a hard enough face and a broad enough range that he’s always seemed like he has the potential to perpetrate real villainy. Here’s the summary:

“Patrick Stewart plays Darcy Banker, the unflinching and industrial leader of a ferocious white supremacist fiefdom based in the Pacific Northwest. Rounding out the cast is Anton Yelchin, Imogen Poots, Alia Shawkat, Joe Cole, Callum Turner, Mark Webber, Kai Lennox, Eric Edelstein and Saulnier’s Blue Ruin star Macon Blair. In the crime thriller Green Room, a young punk rock band find themselves trapped in a secluded venue after stumbling upon a horrific act of violence, fighting for their lives against a gang of white power skinheads intent on eliminating all witnesses.”

“Patrick Stewart eliminates all witnesses”—that’s a film worth climbing out of the ball pit to see. But the film would be promising even without Stewart’s participation: Saulnier’s Blue Ruin was a fantastic piece of filmmaking. It was made on a shoestring budget, squeaking by via crowdfunding support and (according to Saulnier in his Emerging interview with The Dissolve) canny but desperate lies to casting directors. But it’s a controlled, beautifully shot and acted, heartbreaking feature that turns a standard revenge story into something creative and constantly surprising. The usual questions remain about whether Saulnier getting a bigger budget, bigger stars, and a bigger scope will pay off, but either way, it should be fun to see Stewart once again exploit his baldness for an overly appropriate role, this time as a skinhead.