Now you can own Guardians Of The Galaxy’s soundtrack on cassette, the way Star-Lord’s mom intended 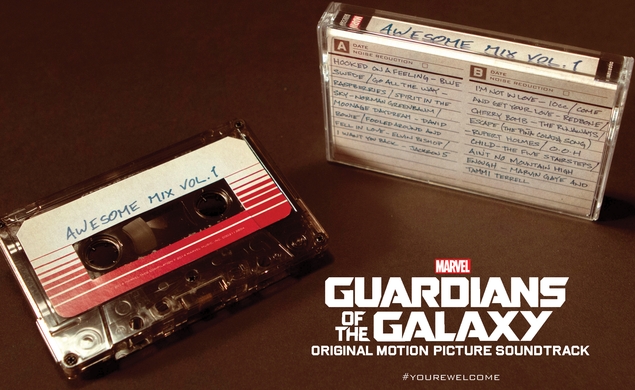 Guardians Of The Galaxy is riding a massive wave of public adulation. Audiences cannot get enough of the film’s motley crew of intergalactic misfits, particularly the space raccoon that wears people clothes. A sequel is in the works (possibly featuring one, or more of the Avengers) and a dancing Baby Groot toy looks to be one of the most popular, albeit spoilerish, stocking stuffers this Christmas.

Peter Quill’s Walkman and his homemade “Awesome Mix Vol. 1” mixtape play a crucial role in Guardians, as treasured souvenirs of his life back on Earth and a connection to his past. The Guardians soundtrack CD (remember those?) even features a cassette tape on its cover. Cassettes have been making a comeback as of late as an object of intense nostalgia for those who pine for the days when technology was much crappier. But hey, nobody said nostalgia had to make sense.

The cassette will be a joint release between Marvel and the Disney-owned Hollywood Records, the current home of teenybopper favorites like Demi Lovato and Olivia Holt, and the onetime home of my beloved Insane Clown Posse. (Don’t laugh; I am being sincere.) In a nod to the gloriously homemade quality of classic mixtapes, the cassette release’s packaging resembles the blank tapes us old people used to make our own mixes in the prehistoric days before the iPod shuffle.

The cassette will only be available until the end of the year (or while supplies last, and it’s sure to sell out fast), so you might want to head to a record store participating in Record Store Day as early in the day as possible come November 17.