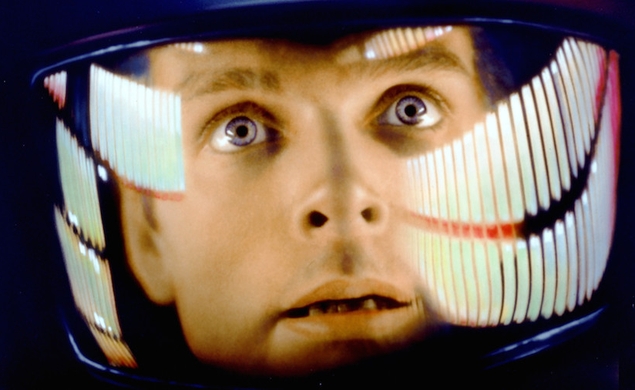 Chances are, you are not in need of a reminder that Stanley Kubrick’s 2001: A Space Odyssey is a towering (perhaps monolithic?) achievement of modern cinema, and that it just so happens to look particularly excellent on the big screen. Apparently, however, these are the sorts of things that have been forgotten by large swaths of the moviegoing public, because the film is on the receiving end of a brand-new trailer.

Okay, it’s not as random as that might sound, as Kubrick’s masterpiece is now bound for a big-screen re-release (sadly, in the U.K. only, though we hope that will change one day), and this new trailer is in support of that very special event. This new look at 2001 is a bit of a greatest-hits take on the 1968 feature, functioning as both a reminder to current fans and an intriguing glimpse at some of the more tantalizing elements of the film that will surely lure in new viewers.

The trail of the tape
Title: 2001: A Space Odyssey
Director: Stanley Kubrick
Screenwriters: Stanley Kubrick, Arthur C. Clarke
Cast: Keir Dullea, Gary Lockwood, William Sylvester
Release date: November 28, 2014 (U.K. re-release)
The entire trailer in one line of dialogue: “I think you know what the problem is just as well as I do.”
The entire trailer in one screengrab:

Although there’s nothing “new” here—the film is almost 50 years old, after all—the film still feels fresh and vital. Can you imagine if this trailer arrived today, touting a new film? You’d go nuts. It would sell a billion tickets. It would breed a less-than sequel (um, nevermind on that one). This thing looks as crisp and cool as it did back in 1968, and if you can catch it on the big screen again, there’s no reason why it couldn’t top any of 2014’s offerings.