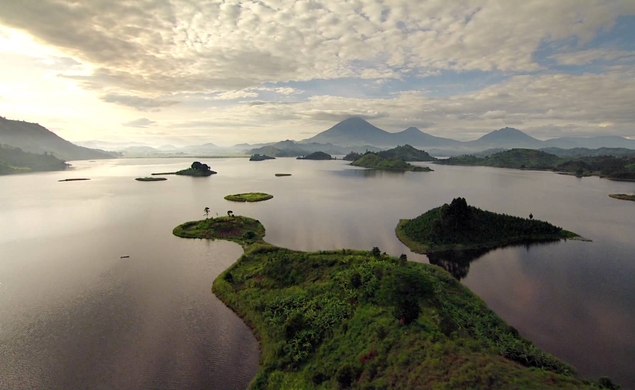 Anyone with two brain cells to rub together can tell you that it’s not easy to make it in the biz of show, but Netflix has made all the right moves to get into the online-streaming film distribution game. It’s taken all the classically proven steps to success, mirroring the bulletproof business plan that’s created such industry institutions as Warner Bros. and MGM:

You secure the foreign market, sell your soul to a trickster demon in the guise of a middle-aged funnyman, and then get to the highbrow stuff. Netflix’s acquisition of Virunga heralds another mystifying diversification of its original-content strategy, but does have the good fortune of sounding genuinely compelling. Directed by Orlando von Einsiedel, Virunga chronicles the travails of a squad of park rangers tasked with protecting endangered gorillas in the Democratic Republic Of The Congo. The film weds traditional nature-doc panoramas and adoring footage of Earth’s natural beauty with timely investigative journalism techniques, showing how political unrest can threaten the area’s precious resources as well as the rangers themselves.

In a prepared statement, DiCaprio expressed his admiration for such a noble effort: “Films like Virunga are powerful stories that are a window into the incredible cultural and natural diversity of our world, the forces that are threatening to destroy it, and the people who are fighting to protect it. Partnering with Netflix on this film is an exciting opportunity to inform and inspire individuals to engage on this topic.”

DiCaprio’s passion project will be made available to stream on November 7, as well as going through a limited release in Los Angeles and New York beginning that same day. Netflix CEO Ted Sarandos is confident that the film will resonate with viewers (“Leo intuitively understands that there’s nothing like the power of film to reach people’s hearts and minds,” Sarandos said), but there’s really no telling where Netflix will find its next foray into the film world. The most dependable guessing method appears to be that Netflix chooses the last thing you’d expect, so I hope you’re all looking forward to either a South Korean biopic about Ernest Borgnine, or a three-picture deal with Harmony Korine.