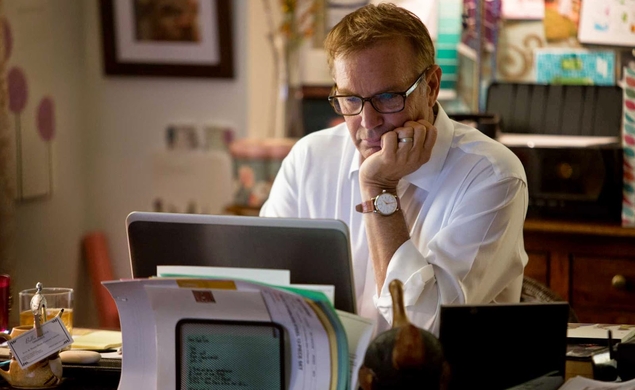 TheWrap reports that Relativity is “nearing a deal” to acquire the U.S. distribution rights to Black And White, a drama starring Kevin Costner, Octavia Spencer, and Anthony Mackie. The film debuted at the Toronto International Film Festival earlier this fall; it’s directed by Mike Binder (Reign Over Me) and was financed by Costner himself, after he was unable to get a Hollywood studio to back the script. Here’s how TheWrap describes the film:

“Black And White centers on attorney Elliot Anderson (Costner), who's raising his biracial granddaughter Eloise with his wife (their daughter died during childbirth). When his wife is killed in a car accident, the widower is drawn into a custody battle over the little girl with her African-American grandmother Rowena (Spencer), who believes the child should be raised by her drug addicted, biological father.”

But more importantly, here’s how Grantland’s Wesley Morris described the film in his report from TIFF:

“It’s like Tyler Perry’s Crash… Just as a piece of storytelling, the movie’s preposterous. There’s absolutely no reason for this case to stay in a courtroom—even though the uncredited actress playing that judge nearly pockets the film. How can either lawyer’s firm afford to devote its top talent to this suit? When the judge asks why joint custody is out of the question, the racial answer is extralegal, and the legal answer is murky. The fact of Costner’s alcoholism is a screenwriting device meant to morally balance the father’s drug addiction. Who’s falling for that? It’s the criminal-justice equivalent of calling Zima beer.”

Is it wrong that that review makes me want to see the movie? If it is, I don’t want to be right. Thanks, Relativity! I plan on enjoying this one with a delicious and thematically appropriate Zima Gold.