The Unbroken trailer will inspire you (to see the movie) 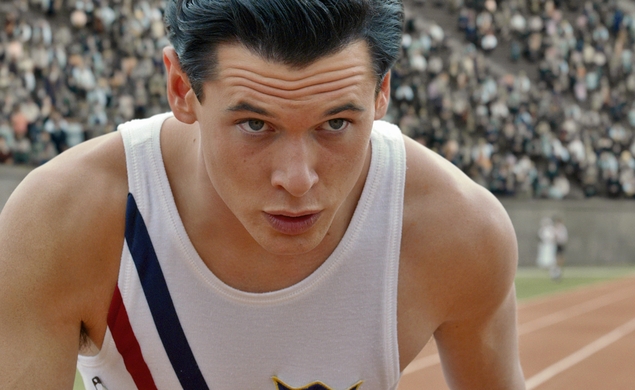 I was already interested to see Angelina Jolie’s Unbroken, the biopic of Olympian and World War II POW Louis Zamperini, when it was just directed by Jolie and co-written by the Coen brothers. After seeing the film’s star, Jack O’Connell, in the excellent prison drama Starred Up, I’m upgrading things from interested to excited. O’Connell is an incredible presence, and clearly a star in the making. The story of Unbroken, which follows Zamperini’s triumphs in track and field and his struggles in a Japanese prison camp, looks like a perfect showcase for his intensity and passion. Take a look at the latest trailer for the film:

The trail of the tape
Title: Unbroken
Director: Angelina Jolie
Screenwriters: Joel Coen, Ethan Coen, Richard LaGravenese, William Nicholson
Cast: Jack O’Connell, Domhall Gleeson, Jai Courtney
Release date: December 25, 2014
Tagline: “Never give up. Never give in.”
The entire trailer in one line of dialogue: “You fight harder than those other guys, and you win.”
The entire trailer in one screengrab: