Have yourself a Bill Murray Christmas, with a TV special directed by Sofia Coppola 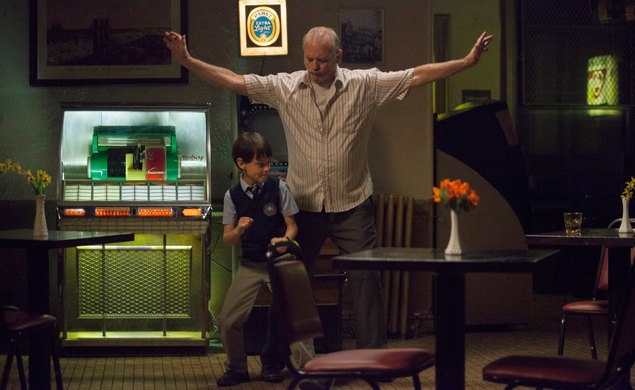 Bill Murray’s film career is defined by several iconic movies: Stripes, Caddyshack, Ghostbusters, and, of course, Groundhog Day, where he plays a grumpy weatherman trapped in Punxsutawney, Pennsylvania (and an endless time loop) until he learns to be a better man. In recent years, Murray’s seemed to take on more and more characteristics of his groundhog co-star; spending most of his time underground, popping up occasionally for a big appearance where he’s the center of attention, then vanishing again. Outside of his frequent work for Wes Anderson or the various members of the Coppola clan, Murray’s mostly stayed busy amusing himself.

Murray’s currently garnering attention for his performance in the new film St. Vincent, and even doing some press for the film as well (including a must-listen appearance on The Howard Stern Show). And I guess he’s going to stick around in the spotlight for a little while longer: Variety reports that Murray is working on a musical Christmas special to be directed by Sofia Coppola. Here’s how Murray described the project:

“It’s not going to be live. We’re going to do it like a little movie. It won’t have a format, but it’s going to have music. It will have texture. It will have threads through it that are writing. There will be prose… It will have a patina style and wit to it. It will be nice.”

Coppola confirmed her involvement as well, telling Variety that she is working on the special, primarily so she can “hear him singing my song requests.” Given that Murray’s talking about the “patina” and “texture” and “style,” I tend to doubt he’ll bust out his old Nick Winters lounge singer character from Saturday Night Live for the show. But right now that’s all I can think about. That and, of course, this:

Currently there’s no information on when and where the show will première. I’m guessing right around Arbor Day.