Short Cuts: “The Flea,” the story of one fiercely committed vampire-hunter 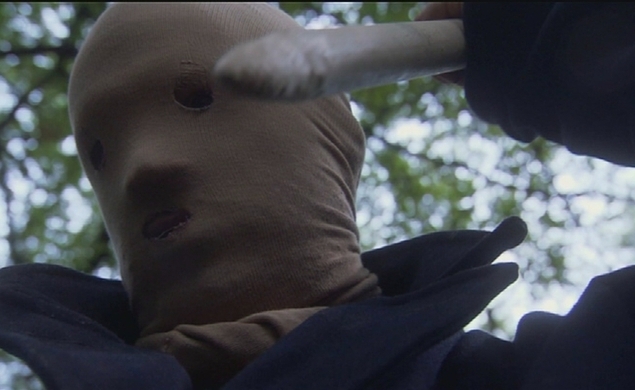 Last month, British director Ben Steiner won the top prize in the “Horror Shorts” category at Fantastic Fest for his film “The Stomach,” about a man who carries the spirits of the dead in his gaseous belly. Steiner has said of “The Stomach,” “As in my previous short film ‘The Flea,’ I wanted to tell an expansive story while only showing a fragment of it. I also wanted to embed a supernatural scenario into a totally believable, everyday world. I’ve always liked the contrast of the weird and supernatural with the down at heel and humdrum.”

For a better sense of what Steiner means, watch “The Flea.” Released in 2008 (and included in the U.K. anthology Horrorshow), “The Flea” stars Simon Meacock as a determined demon-slayer who believes that the evil he’s hunting is taking root in the bodies of the elderly, the infirm, and the newborn. This means that he goes around murdering society’s weakest—which makes him wildly unpopular, and loses him the support of his former partner (played by Mark Fleischmann). But the fallout between the former partners may be about more than just the ethics of driving wooden stakes through babies.

In an interview with Fangoria, Steiner said, “My cinematic universe is inherently sad and squalid,” which is part of what makes “The Flea” so effective. The vampire-hunters look shabby, and the world they work in is run-down and ordinary. But Steiner brings to this drabness a real sense of scope, suggesting in just a few lines and flashbacks the larger reality beyond the frame. And Steiner brings real tension, too. The opening montage, which cross-cuts between a woman boiling an egg for breakfast and an infant about to be skewered, is a compressed example of Steiner’s aesthetic, making both the everyday and the horrific equally nail-biting.