The American Sniper trailer is small in scope 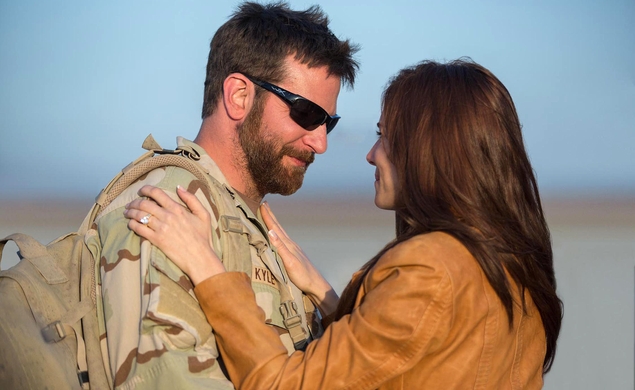 That headline is a terrible pun, but it’s also accurate; the first trailer for Clint Eastwood’s American Sniper narrows its focus to basically one scene, as Chris Kyle (Bradley Cooper), supposedly “the most lethal sniper in U.S. history,” must decide whether or not to kill a man making a cell phone call (Is he reporting troop movements? Or just taking to some family?) and then a woman and a child, who appear to be holding a grenade. Instantly, this trailer conveys a huge amount of drama. Kyle holds the power of life and death in his hands; and if he makes the wrong decision, it could ruin his own future. That’s an instant hook. Take a look for yourself:

Eastwood has spent decades making movies about men with guns; American Sniper looks like it will fit nicely with the films he’s directed in the last 20 years about the moral implications and emotional residue of violence and war (Unforgiven, Flags Of Our Fathers). I’m also curious to see if there might be any parallels between the figure of the sniper and Eastwood’s own ethos about life and filmmaking. It seems to me there could be connections drawn to the way he shoots his movies, with precision and absolute intensity and focus, and with as little time as possible wasted mulling over decisions. Find your target, make a call.

Even if there’s no connection to be made, American Sniper looks like a gripping film, and I’m curious to see what Cooper brings to a more serious role. If he’s good, this could be Eastwood’s best movie in years.