Out Of The Past: Karen Allen was born on this date in 1951 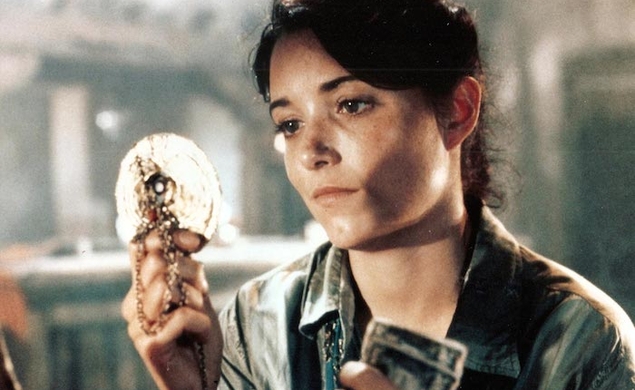 Karen Allen doesn’t have a lot of screen time in Animal House, the 1978 film in which she made her debut, but she makes the time she has count. As Katy, she plays the girlfriend of Peter Reigert’s Boon, and it’s clear from the jump she’s way too cool for him. And, after being neglected by him one too many times, she drives that point home by sleeping with a professor and leaving Boon behind. As the self-assured woman who’s fine with the antics of Delta Tau Chi, but only up to a point, she sounds a note of feminine, grown-up skepticism in the middle of the movie’s celebration of all things juvenile and male. Stay that course too long, her character suggests, and you’ll lose the girl of your dreams.

Allen brought that same assurance to her work in Raiders Of The Lost Ark and Starman, two ’80s genre classics that made her famous. But fame never seemed to compel Allen’s choices so much as interesting work, which she found in films like Sweet Talker and Steven Soderbergh’s King Of The Hill. Allen never really stopped working, but she did take smaller roles as she focused on teaching, knitting, yoga, and other interests, prior to making a high-profile return in Indiana Jones And The Kingdom Of The Crystal Skull. Whatever your thoughts on that film, it was a pleasure to see Allen again, along for the adventure but taking no shit from anyone, just as she’d done from the start.

Here’s Allen talking to Bob Costas about her career in 1991: