Out Of The Past: Groucho Marx was born on this date in 1895 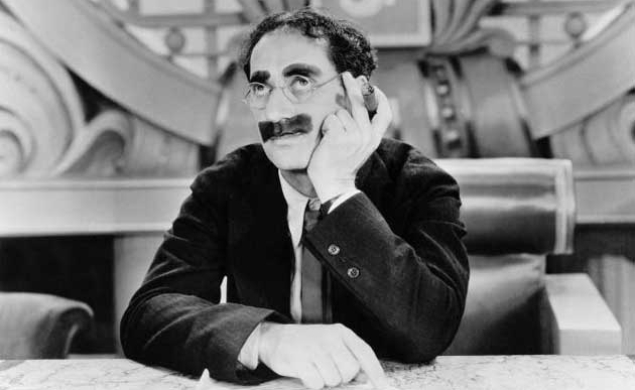 Julius Henry Marx was the fourth born of six Marx brothers, following Manfred (who died in infancy), Leonard, and Adolph, and preceding Milton and Herbert. Except for poor Manfred, the world came to know them by different names, first as a popular vaudeville act, and later as Broadway, film, radio, and television stars. Known for his pleasant soprano voice, Julius began his career as a boy singer, but became famous under the name Groucho, as part of a comedic brother act. Each member assumed a persona and stuck with it, but while it’s easy to imagine Chico and Harpo being very different men when not performing, it’s hard to figure out where “Groucho” ends and Groucho begins.

Maybe that’s because playing a streetwise, cutting wit who was sharper than anyone around him came naturally to the self-educated entertainer, born poor in turn-of-the-century New York. Even if the persona wasn’t always who he was, he aged into it, enjoying a second career as the host of the game show You Bet Your Life, and a career beyond that as a talk-show raconteur. If you want to lose an hour, just click play on this 1969 appearance on The Dick Cavett Show: