Coolness: Watch a supercut of every Tom Cruise death in Edge Of Tomorrow 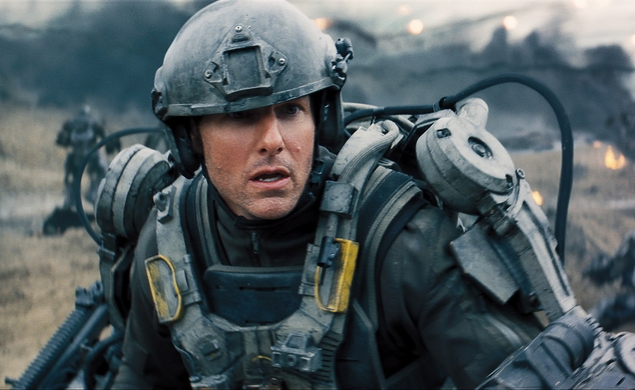 After the high-concept Tom Cruise science-fiction movie Edge Of Tomorrow underperformed at the box-office during its theatrical run, Warner Bros. decided to radically re-brand it for home video. The Blu-ray cover for Edge Of Tomorrow put the film’s catchy tagline, “Live. Die. Repeat.,” in such big letters that some folks suspected the studio was trying to change the film’s title late in the game.

It’s understandable why Warner Bros. would be disappointed with the title Edge Of Tomorrow. It’s terribly generic and vague, and way less memorable than the title of the novel it’s based on, All You Need Is Kill. And the “Live. Die. Repeat” tagline gives a much better sense of the film’s central gimmick, in which a PR officer played by Tom Cruise must die over and over again until he develops the skill he needs to triumph in battle with aliens. One might go so far as to say he lives, then dies, then the cycle repeats itself.

Now Warner Bros. is really hammering home the live, die, repeat conceit with a supercut of all the times Cruise’s character dies in the film. It would qualify as a spoiler if the tagline didn’t already spoil much of the premise. The clip provides a fun sense of the film’s visual style, and for schadenfreude enthusiasts (and Cruise-haters) out there, it’s all kinds of fun watching Maverick die over and over again.