The Speculometron: Will Ethan Hawke star in Doctor Strange? 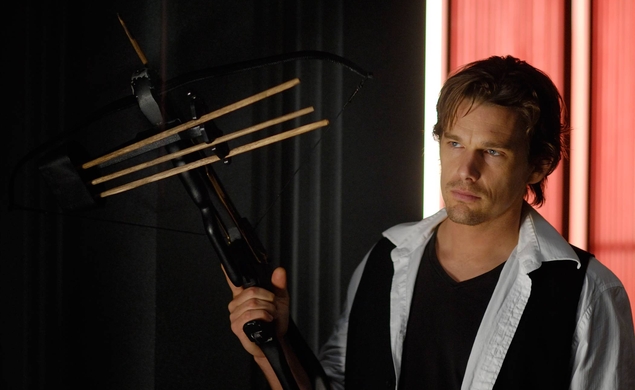 Source: Billy Donnelly, This Is Infamous

Evidence: “After working their hardest to try to convince Joaquin Phoenix that he’s the right fit for Doctor Strange, it appears Marvel Studios has moved on after coming to terms with the fact that that marriage isn’t going to happen, and according to my sources, they’ve already found their long-term rebound. Ethan Hawke is their new guy, having offered him the role on Friday. I hear Hawke accepted the job over the weekend, and things have quickly progressed into contract talks, with a six-picture deal being what Marvel is hoping to lock him into.”

The Speculometron’s calculations: Some of the data suggests this rumor is true. Hawke previously worked with Doctor Strange director Scott Derrickson on Sinister, so it would be no surprise if they were looking to collaborate again. Hawke also has the right look for the character; he already has the facial hair, and it’s not hard to imagine him wandering through Greenwich Village (possibly with Julie Delpy at his side) wearing a big red cloak. Frankly, he’s a more traditional choice for the part than Joaquin Phoenix, who rarely does genre movies. (Hawke, on the other hand, makes them all the time, from The Purge to Getaway to Daybreakers.)

But some of the other data suggests that Hawke may still not get the role. A leak of this kind could be a bargaining tactic to try to get Phoenix (or some other actor whose name hasn’t been revealed yet) to finally commit to the part. Hawke’s a really good actor, but his genre resumé tends toward B-movies; the Speculometron looks at Marvel’s recent castings—guys like Paul Rudd and Michael Douglas—and thinks they might want a Doctor Strange with a bit more cachet. An Ethan Hawke Strange looks on paper like more of an indie, low-budget proposition. And perhaps that’s the vibe Marvel’s going for. (It did hire Derrickson after all, who makes indie, low-budget movies too.) But if Marvel wants something bigger and more mainstream, Hawke’s probably not the man for the job.