Out Of The Past: Monica Bellucci was born on this date in 1964 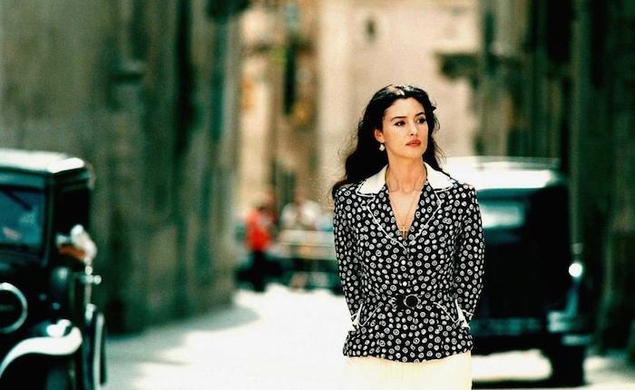 Monica Bellucci has always seemed like something of a throwback. A model-turned-actress, she has the looks and presence of a mid-century movie star. No amount of de-glamming could make her pass for ordinary. Yet Bellucci’s performances are never just about her looks or that presence. Whatever your feelings about Gaspar Noé’s 2002 film Irreversible, its tragedy-told-backward would be a much less effective film without Bellucci’s remarkable lead performance. She captures both the awfulness of its central event and compounds it by her radiant happiness in the film’s later scenes (which, of course, are also its earlier scenes).

Born in Italy and married for several years to French actor Vincent Cassel, with whom she has two children, Bellucci has divided her time between Europe and Hollywood. Even though she’s made strong impressions in films like the Matrix sequels and The Passion Of The Christ, she’s never really enjoyed a breakthrough in America. (The inventive, overlooked action film Shoot ’Em Up, in which she co-stars alongside Clive Owen and Paul Giamatti, is well worth seeking out, though.) Then again, breaking through to the mainstream has never seemed like the main goal for Bellucci, who’s consistently sought out interesting projects. There’s no reason to think the future will be any different.