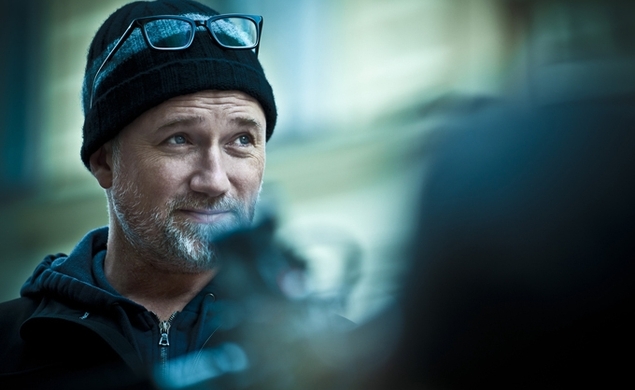 David Fincher’s feature directorial debut was Alien 3. It went, shall we say, shittily. Since then, Fincher has made romances, thrillers, biopics, detective stories, and mysteries. But for somewhat-obvious reasons, he hasn’t made another science-fiction movie. According to Fincher himself, however, he did at least consider the possibility of directing the upcoming Star Wars: Episode Se7en—Attack Of The Zodiac, and he met with Lucasfilm president Kathleen Kennedy to discuss the project.

In a new interview with the British movie magazine Total Film, Fincher mentions the meeting (which obviously didn’t go all that well; J.J. Abrams eventually got the assignment) and also reveals his own interpretation of Star Wars, which is maybe the most Fincherian thing he’s ever said:

“I always thought of Star Wars as the story of two slaves [C-3PO and R2-D2] who go from owner to owner, witnessing their masters’ folly, the ultimate folly of man… I thought it was an interesting idea in the first two, but it’s kind of gone by Return Of The Jedi.”

Jeez, with an angle like that, it’s hard to believe Lucasfilm didn’t throw wads of cash at Fincher right there on the spot. No way that kind of Star Wars sequel makes less than $2 billion worldwide.

The idea of Fincher meeting with Lucasfilm to talk about how Star Wars is a failed allegory for slavery sounds like the beginning of a Saturday Night Live sketch about directors who have no business making Star Wars movies, pitching their left-field interpretations of Star Wars. Like Werner Herzog walks into Skywalker Ranch and announces, “The only true ‘Force’ in the universe is chaos. I believe midi-chlorians exist to dominate our minds and ravage humanity while enslaving us to our basest urges.” Or Lars von Trier does a pitch via Skype where he holds up an enormous photograph of a penis and declares “This is the true lightsaber.”

So we won’t get to see David Fincher’s Star Wars, the story of slaves witnessing their masters’ folly. Honestly, I’m okay with that. But if Fincher really feels that strongly about the series (or at least about the first two movies), I would love to watch The Empire Strikes Back with his commentary track.