Out Of The Past: Children Of Men was released this day in 2006 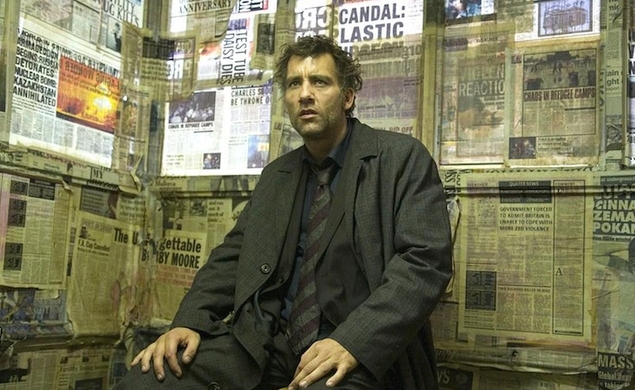 Loosely adapted from P.D. James' novel of the same name, Alfonso Cuarón’s Children Of Men imagines a future in which the human race has lost its ability to reproduce and, with it, what remains of its sanity. Cuarón treats the mysterious infertility as a catalyst, accelerating the evolution of present social and political woes until they take nightmarish shapes and casting Clive Owen as a weary tour guide of near-future society, from its upper echelon to its lowest reaches. It’s realized in chillingly convincing detail, executed via one bravura sequence after another, and grounded in excellent performances from Owen, Julianne Moore, Michael Caine, Chiewetel Ejiofor and others.

Hailed as prophetic at the time, how does it look today? I don’t have an answer. Children Of Men was my favorite film of 2006. When I compiled a personal end-of-the-decade list, it remained at the top, even though I’ve never seen it a second time. To be honest, I’m a bit afraid to revisit it, not because I think a repeat viewing will change my opinion, but because it left me so shaken that I’m timid to return to it. Watching it was like seeing a series of worst-case-scenarios about the years to come played out with chilling plausibility. I’ll get back to it some day. Maybe from a safer distance.