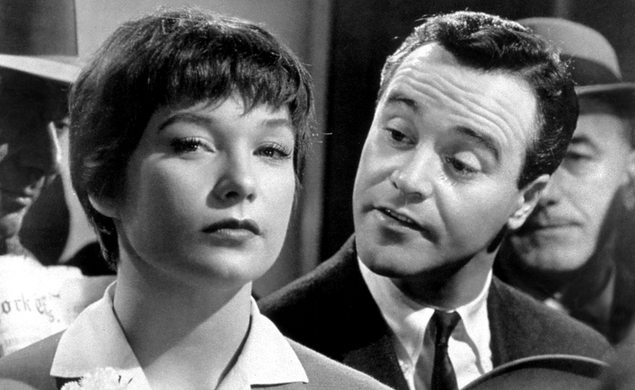 Billy Wilder’s best movies are more sophisticated and witty than their descriptions, which can sound appallingly perverse when read aloud. The Apartment is a case-in-point. On paper, a movie about an ambitious corporate lackey (played by Jack Lemmon) who lets his higher-ups use his bachelor pad to cheat on their wives—and then has to handle the aftermath when one of those women (Shirley MacLaine) tries to kill herself—comes across as a scathingly satirical and even a little sick take on the American dream. And it is. But between Lemmon’s fast-talking, sweat-soaked performance, MacLaine’s sympathetic brokenness, and Wilder and co-screenwriter I.A.L. Diamond’s mockery of modern business-speak, The Apartment is too lively and funny to simply label “acerbic.” There’s a good reason why The Apartment won the Best Picture Oscar, and became one of Wilder’s biggest hits: It’s a crowd-pleaser, with a brightness and sweetness that softens its hard look at corporate ladder-climbing circa 1960. It airs Saturday night on Turner Classic Movies at 9:45 p.m. Eastern.